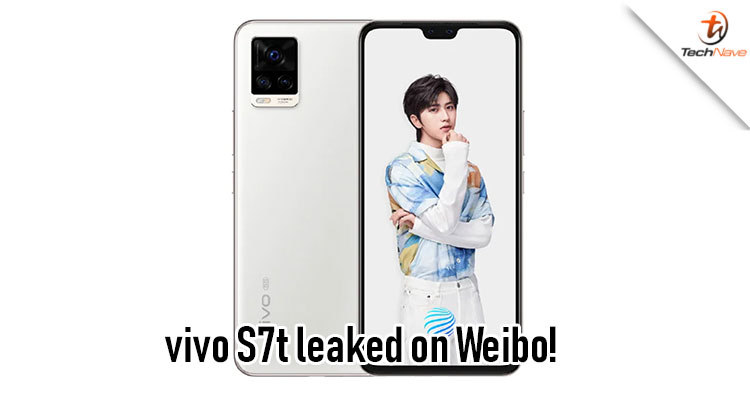 The vivo S7 5G and the vivo S7e 5G was launched in August and November last year. Today, a tipster named Digital Chat Station has leaked that vivo will be adding in another new model to the S7 lineup which will be named as the vivo S7t.

According to the leakster, the coming vivo S7t will be powered by the Dimensity 820 chipset coupled with 8GB of RAM and up to 256GB of storage. It will have mainly the same tech specs as the vivo S7 such as a 6.44-inch FHD+ AMOLED display, fingerprint detection, and a 4000mAh battery supporting a 33W fast charging. 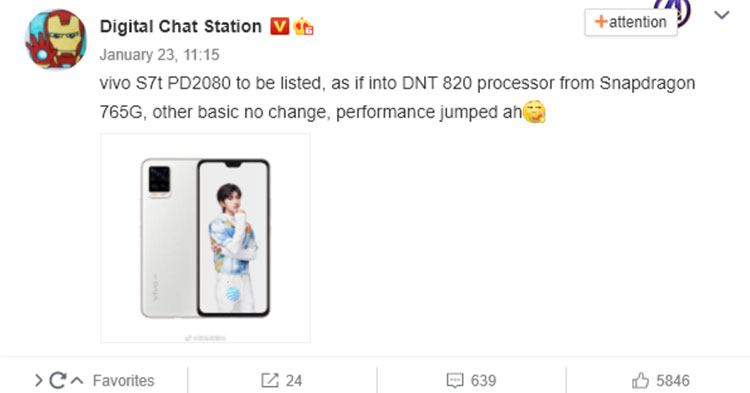 As for the cameras, it will sport with triple camera setup on the rear compromising a 64MP main camera, 8MP ultrawide camera, 2MP depth sensor as well as a dual-camera setup on the front, a 44MP main selfie camera and an 8MP ultra wide front facing camera. The vivo S7t is expected to run on Android 11 by default.

Either way, there is no official confirmation on the tech specs and Malaysia release dates yet, so do take this with a pinch of salt. But would you be interested in getting the vivo S7t as soon as it is available in the local market? Let us know on our Facebook page and for more updates like this, stay tuned to TechNave.com.