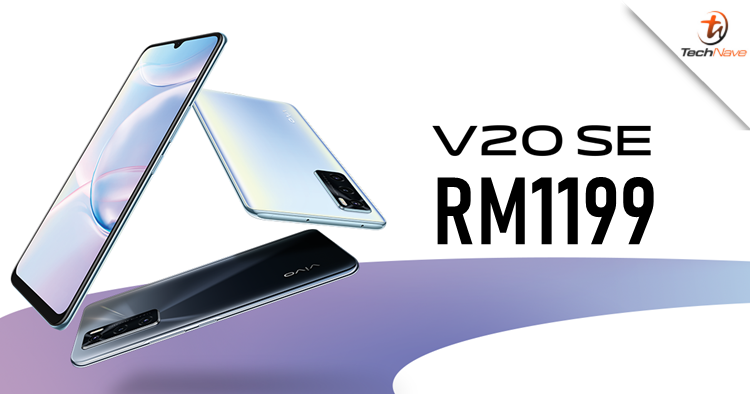 Today, it's vivo Malaysia's turn to introduce the vivo V20 SE in Malaysia. The V20 SE is priced at RM1199 and it's available now with freebies including a mini speaker and car phone holder worth RM199 (eligible until 2 October). The tech specs and features weren't widely announced when it was released in China first, but we got everything you need to know.

Starting with the basics, the V20 SE features a Qualcomm Snapdragon 665 chipset, 8GB of RAM, 128GB internal storage, and a 4100mAh battery with 33W fast charging technology. On the 6.44-inch FHD+ AMOLED waterdrop display, you can find the 32MP front camera at the waterdrop notch and it supports an in-display fingerprint sensor. 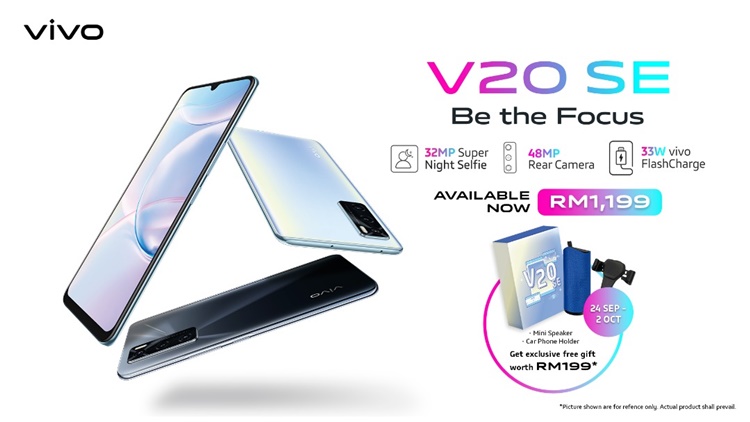 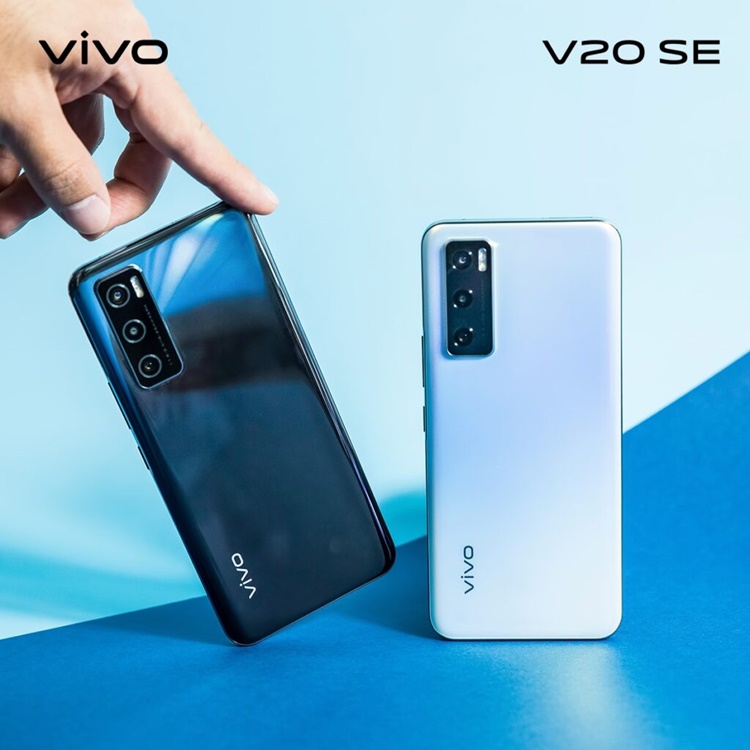 On the back, there lies the triple rear camera that consists of a 48MP (main) + 8MP (ultrawide) + 2MP (depth) module. The camera software supports Super Night Mode and there's AR too for the selfie snapper. The back design is also available in Gravity Black and Oxygen Blue as promoted prior to the release, and that's basically all you need to know about the phone.

In addition, vivo Malaysia will host a live V20 SE event on its official Facebook page on Friday, 25 September 2020, from 8PM to 9PM. Viewers who participate in the live broadcast will have the opportunity to win a V20 SE phone as well as a beautiful gift. That's all folks, stay tuned for more trending tech news at TechNave.com.