Current Location: Home > News > vivo X27 is vivo's new smartphone and their pro version may come with a giant pop up camera 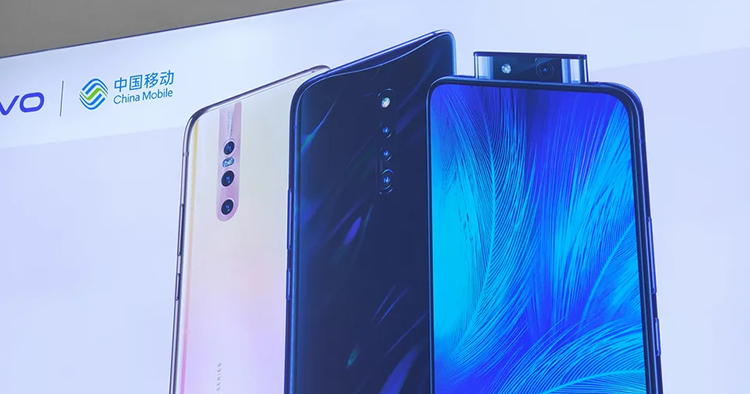 Vivo has been really into the pop up selfie camera trend. Another pop selfie camera smartphone is coming and it is the vivo X27 which looks eerily similar to the just released vivo v15 Pro.

The device has been speculated to come in 3 variants, with one of them having the “Pro” suffix attached to it. According to TENAA listings, the base model of the device may feature a huge 6.39 inch Super AMOLED display with FHD+ resolution. It may come with tech specs such as the Snapdragon 675 AIE chipset, 8GB RAM, 128GB/256GB of internal storage and 18W fast charging. 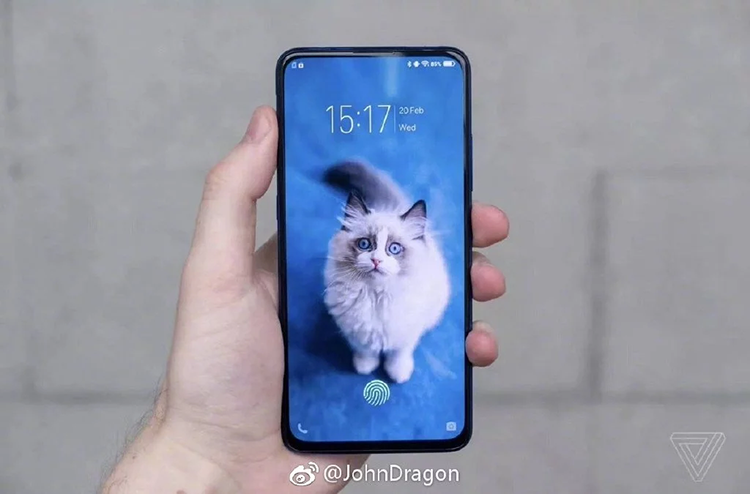 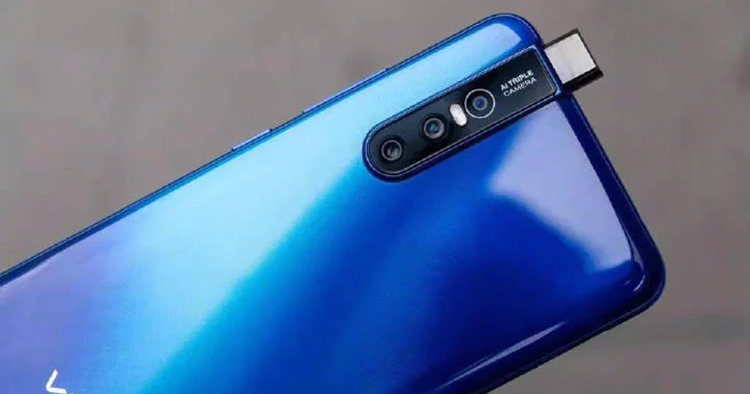 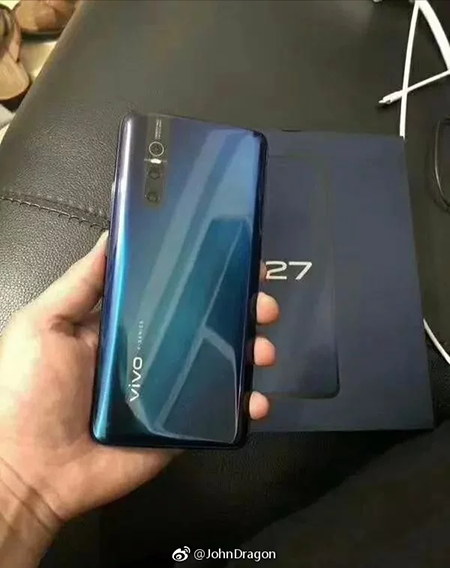 Honestly, I can't tell between the X27 and the V15 Pro

The second variant of the vivo X27 comes with a better chipset which is the Snapdragon 710 AIE processor. The RAM remains the same for this variant but its internal storage may be larger with 256GB on this one. Another difference on this variant of the device might be the charging option as this one may feature the 22.5 rapid charging.

On the back of these two devices may be a triple rear camera setup with 48MP + 13MP + 5MP (depth) sensors. Unlike the vivo V15 Pro, the selfie camera may only have a 16MP sensor. Besides that, these phones may have a 4000mAh battery capacity. 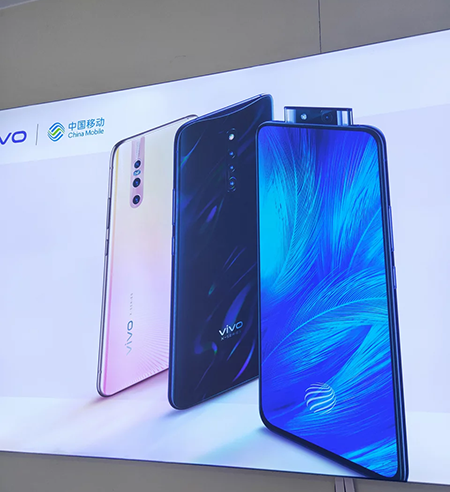 Look at that giant pop up camera in the leaked poster!

The vivo X27 Pro however, differentiates itself from the other two with some interesting tech specs and features. The screen may be larger at a whopping 6.7 inches. Another thing that’s larger as well may be the pop that looks easily 3 times larger than the average pop up cameras on the base models. The sides of the pop camera also look to be sandwiched between two pieces of glass and is placed on the top center of the device.

Other than that, the Pro version of the device may be powered by the Snapdragon 710 chipset like the second variant of the device with 8GB RAM and 256GB of internal storage. However, the selfie camera may be 32MP housed in the giant pop up mechanism with a LED flash. The vivo X27 Pro also swaps out the 5MP depth camera on the back for a “night vision camera”. It also supports 22.5W fast charging and may also come with NFC. All three of the device may just come with a UD fingerprint scanner due to the absence of the mounted fingerprint scanner on the back. 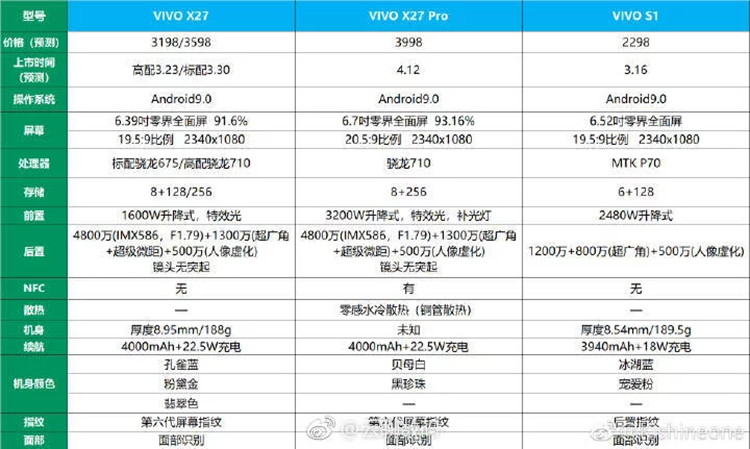 Leaked pricings and specs of the device

Honestly, the Pro version of this device looks so strange to me with the huge pop up selfie camera but I do suppose that it enhances your selfies due to the LED flash housed in it. The Pro device may come in a different colour so there is that other plus about purchasing that one. This article is just a rumour so make sure to inhale this with some salt. Do you think this device may come to Malaysia? For the latest vivo news, check out TechNave.com!