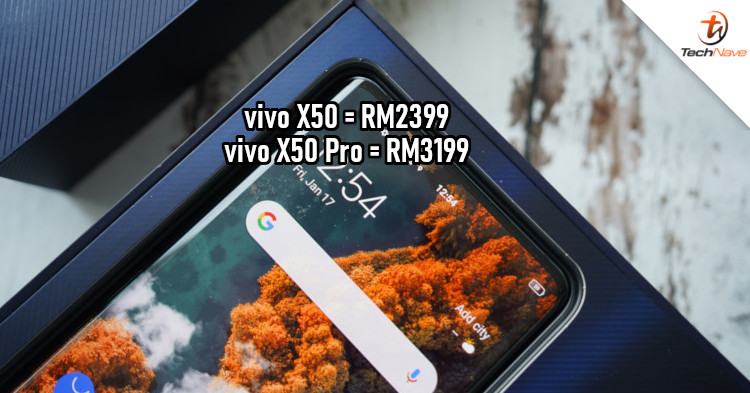 As you are well aware, Malaysia has been in a state of restriction for the past months. Live events were not allowed for the most parts, but restrictions are slowly been lifted and vivo Malaysia has launched its latest smartphone series during a local media launch. The vivo X50 series was officially launched a few days ago and now the prices have finally been announced.

Yup, vivo Malaysia launched the phone a few days ago but decided to withhold on the pricing. However, thanks to a Facebook post by local retailer DirectD, it has been confirmed that the vivo X50 will be available for RM2399 while the vivo X50 Pro is priced at RM3199. DirectD has also announced that those who pre-order the vivo X50 or X50 Pro will get 10 freebies worth RM799 to go with their brand-new phone.

As a reminder, the vivo X50 series are mid-range devices powered by the Snapdragon 765 5G chipset and mostly the same specs. What sets the vivo X50 Pro apart from the standard variant is the Gimbal Camera System, which will allow users to capture incredibly stable photos and videos with ease.

If you're planning to buy vivo X50 series phone, you can check out DirectD's website and official stores. With that said, what do you think about vivo's latest phone? Let us know on our Facebook page and stay tuned to TechNave.com for more news.