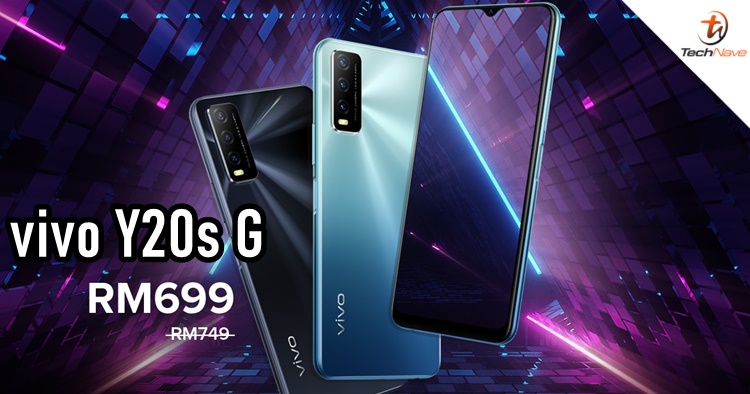 Updated: In case you missed it, a budget-friendly smartphone called vivo Y20s G was just recently released a few weeks ago. The vivo Y series has always known to be released in the Malaysian market so it was only a matter of time for vivo Malaysia to announce it. The recommended retail price is RM749 but for a limited time, there's a promo for RM699 only.

On their Facebook page, the company just confirmed that the vivo Y20s G will be officially launching on 3 Mary 2021. While there's no official price yet, The phone will be sold exclusively online on their online store, Lazada and Shopee. To compare the price, it's roughly around ~RM851 after a direct conversion from the Philippines but we shall see. As for the promotion, the period is between the 3rd until 16th of May 2021 and customers can bring home a pair of wireless earphones worth RM59. Just to recap the tech specs, the Y20s G features a MediaTek Helio G80 chipset which is best suited for mobile gaming. The memory configuration is 6GB of RAM + 128GB internal storage which is quite good, but the battery pack is the biggest one with 5000mAh. The LCD measures 6.51-inches alongside an 8MP front camera at the top as a waterdrop notch, whereas the triple rear camera is 13MP + 2MP + 2MP.

The price will be announced soon on the launching day so until then, Additionally, during vivo Malaysia’s “Hati Rapat, Raya Berkat” Raya campaign period, customers stand a chance to win exciting prizes worth up to RM68,888 with every purchase of a vivo smartphone. Stay tuned for the official news at TechNave.com.