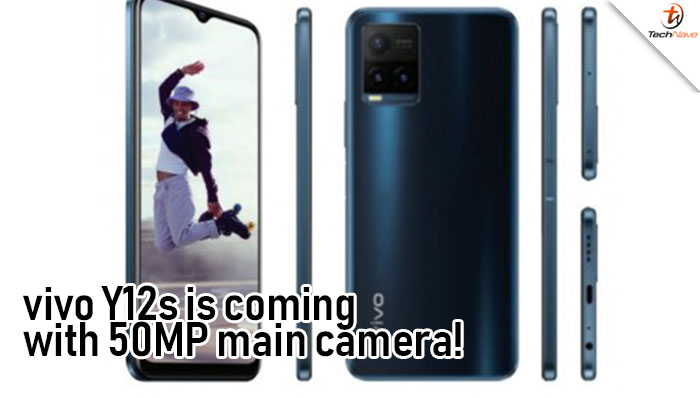 The vivo Y21 was launched officially last month with Helio P35 and a 13MP main camera just seems quite dull and doesn’t seem to be interesting. But today, another new addition that vivo is working on for the vivo Y21 series, the vivo Y21s was leaked by a leaker named Snoopy

According to the source, the upcoming vivo Y21s comes with a pretty similar outlook with the same 6.5-inch HD+ display with an 8MP notched selfie camera on the front and a 5000mAh battery with 18W fast charging. But when it comes to the rear cameras, it now sports a 50MP main camera sensor, 2MP macro, and a 2MP depth sensor. Comparing to the 13MP main camera, it is a massive jump. 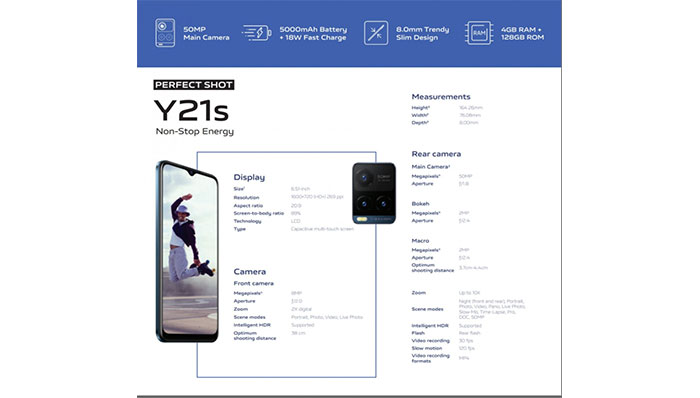 In terms of the chipset, it will be equipped with a more powerful MediaTek Helio G80 chipset instead of the MediaTek Helio P35 chipset on the vivo Y21. It comes with two Cortex-A75 cores in addition to the six A55 cores, along with a Mali-G52 MC2 GPU as well as an ISP that can better handling the 50MP camera. Storage-wise, it is paired with 4GB of RAM and 128GB storage.

As of now, there’s no official information on the tech specs and release date yet, so do take this with a pinch of salt. But will you be interested in the upcoming vivo Y21s? Let us know on our Facebook page and stay tuned for more tech news updates on TechNave.com