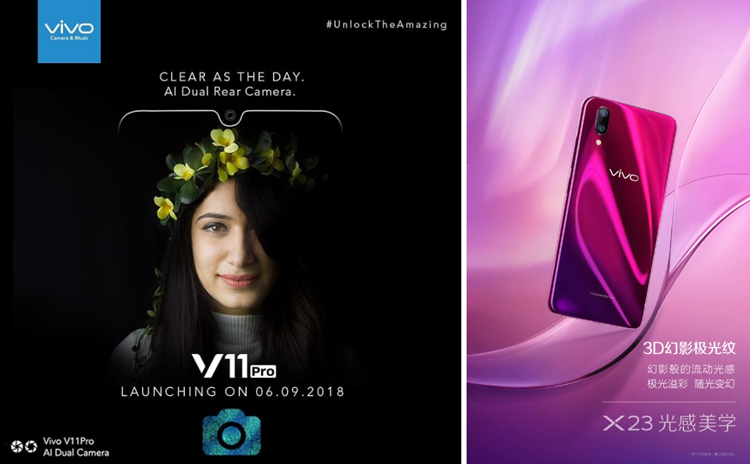 vivo is sure having a busy year, they have released a bunch of phones for China and overseas over the months and they aren't just stopping yet. We know the vivo V11 is coming soon to Malaysia, the X21 model was also released not too long ago and now in China, they are looking ahead to release the X23 and the V11 Pro in India officially.

Thanks to the teaser posters, vivo has confirmed that the X23 will come in two colours - Phantom Violet and Night Blue. Also, from the video advertisement, the phone will have a dual rear camera, a waterdrop notch and an in-display fingerprint sensor. There isn't much tech-spec information about it, including the cameras, but rumours say that it will have a Qualcomm Snapdragon 710, 6.4-inch FHD+ display, 8GB of RAM, 128GB worth of storage and a 3D Face Recognition technology. 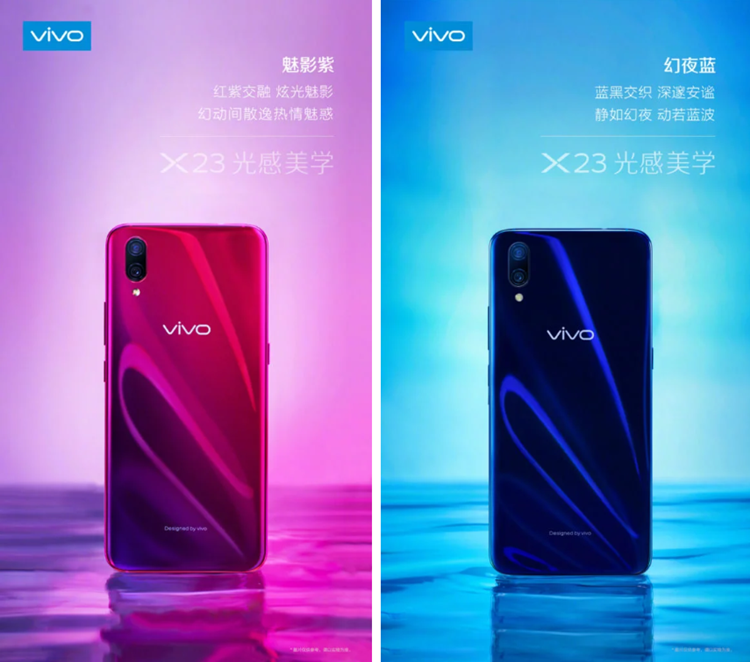 Meanwhile, there's also the V11 Pro and vivo India Twitter has been tweeting about this for a while now. Similarly to the V11 (and the X23 too), this will also come in a Halo FullView display, dual rear cameras, an in-display fingerprint sensor, and the waterdrop notch with a single camera lens as well. Actually, the V11 Pro and X23 are so similar that we are beginning to think they are both the same thing but a different name for different markets.

So what do you think? Is vivo releasing too many phones? Let us know in the comments below and stay tuned for more vivo news at TechNave.com.