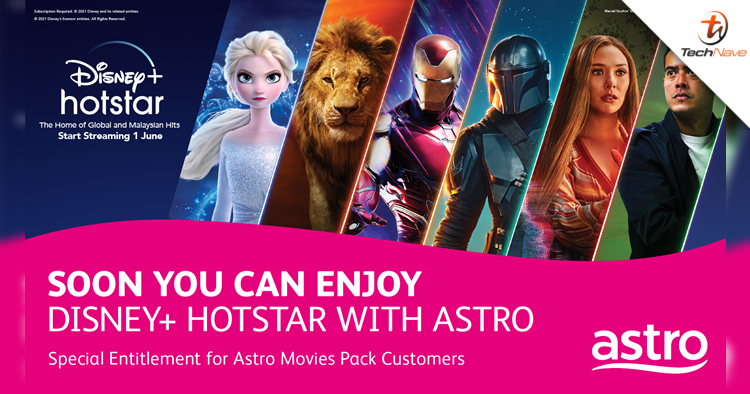 With Disney+ Hotstar announced, it has also been revealed that Astro got appointed by The Walt Disney Company to be an official distributor of the platform. Also launching on 1 June 2021, here's how current Astro users will benefit from subscribing to Disney+ Hotstar.

According to Group CEO of Astro, Henry Tan, he announced that the Movie Pack customers can watch and stream Disney+ Hotstar on Astro for just an additional RM5 per month. As for non-Movies Pack users, they can still enjoy Disney+ Hotstar via other attractive value bundles. On top of that, Astro is working towards making Disney+ Hotstar available via the Ultra and Ulti connected boxes later this year. Starting from 4 May, customers can sign up for Movies Pack that will come with Disney+ Hotstar on 1 June 2021 via WhatsApp +603-95433838, Ch200, astro.com.my/Disney as well as via authorized retailers and dealers. Unfortunately, there isn't much other information on the Astro page for Disney+ so do get in contact with the services above if interested. Stay tuned for more trending tech news at TechNave.com.