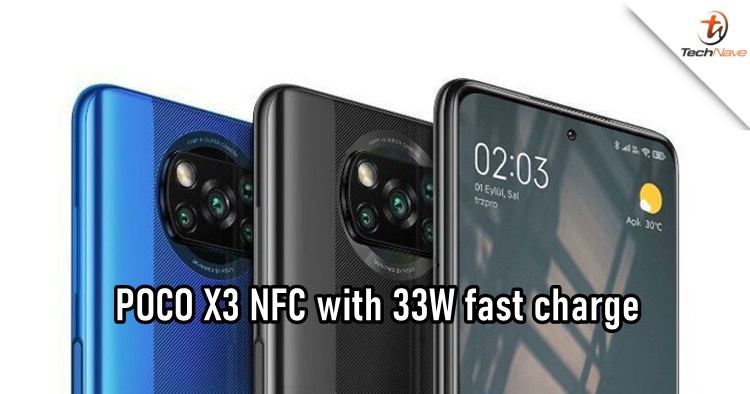 As previously reported, the POCO X3 NFC will make its debut on 7 September and we have our fair share of leaks. In this latest one, the phone just got certified through a German agency (TUV) revealing the 33W fast charge technology.

Besides the 33W fast charge technology, we got ourselves some new image renders of the POCO X3 NFC and it’s quite consistent. As you can see, the rear camera module is in a box-shaped manner revealing the cameras and LED flashlight. The list also revealed two model numbers M2007J20CG and M2007J20CT. Does that mean POCO is planning to unveil two new phones at the upcoming livestream?

No matter, the livestream is just four days away and counting so it's only a matter of time. Are you looking forward to the POCO X3 NFC? Let us know in the comments below and stay tuned for more trending gadget news at TechNave.com.