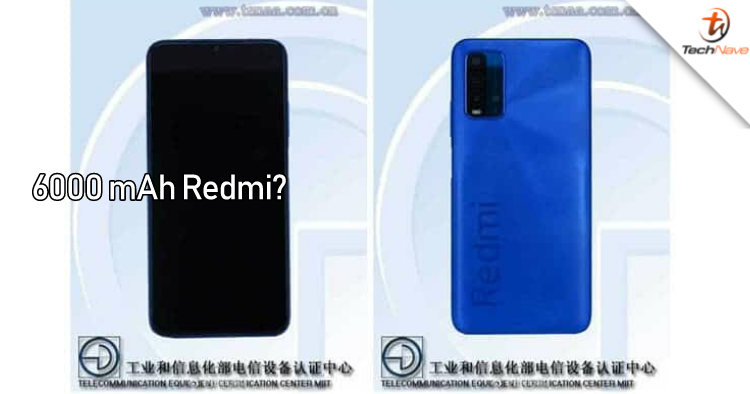 As usual of TENAA, a new listing for what appears to be a Redmi phone has appeared recently. Standout tech specs include a 6000 mAh battery, 4 to 8GB of RAM, 64 to 256GB of storage and a 6.53-inch FullHD+ display. Thanks to the big “Redmi” monogrammed on the back we know for sure that it is a Redmi, but with the above features, we’re guessing that it could be the next Redmi Note 10 4G.

Other tech specs in the report included an 8MP punch hole camera and a side fingerprint sensor. It is expected to measure in at 162.3 x 77.2 x 9.6mm which is quite thick for this day and age, but it may also come with 22.5 watt fast charging. It might come in 7 colours to choose from including black, blue, green, orange, purple, red and white.

No further news on possible Malaysia release dates or pricing details, but we expect it to join the rest of the Redmi lineup just for that massive 6000 mAh fast charging battery. Would you be interested in getting one if that happens? Let us know in our Facebook page and stay tuned to TechNave.com