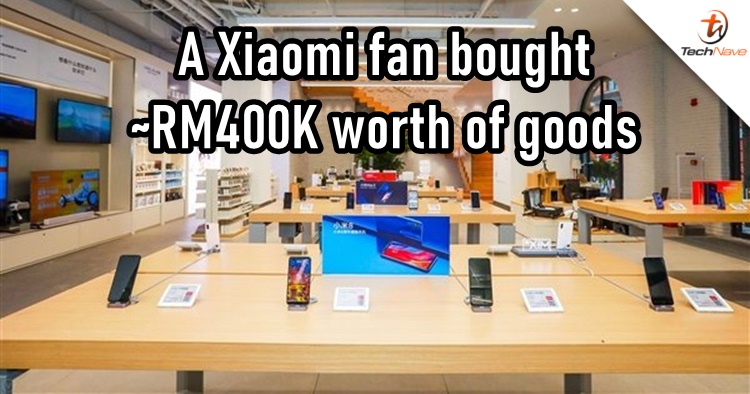 As you should already know by now, Xiaomi also makes plenty of home appliances and smart devices besides smartphones. In fact, the company already have its own ecosystem that is accessible for anyone on iOS and Android. From a smart TV to electric scooters, a Xiaomi fan just did the unthinkable and bought a bunch of Mi products at a Mi store.

According to a video shown on Douyin, there was a long receipt that showed 690,000 Yuan. That's around ~RM427,595 spent on Xiaomi products and what's more astonishing is that there were no coupons or red envelopes used during the purchase. It's not known exactly what Mi products were purchased but it's for the Mi Home setting and that's seriously one rich guy.

Sources also don't really know what was the man's motivation behind the mass purchase, so there could be various reasons. Maybe it's for Christmas? Who knows, but you probably never heard of other Xiaomi products so we actually came up with a list of unexpected products and you can check them out here. Stay tuned for more trending tech news at TechNave.com.