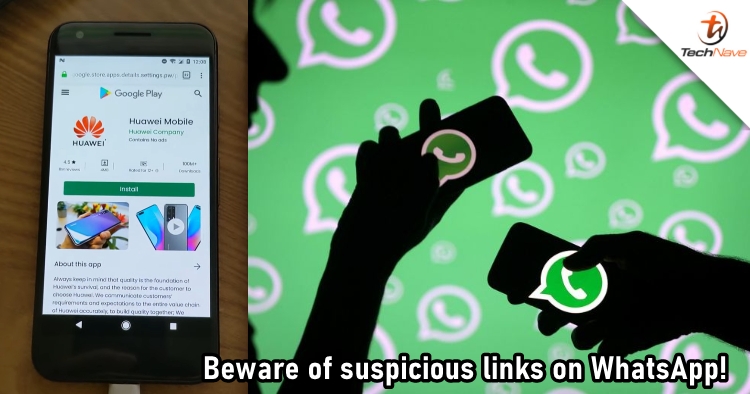 Photo courtesy of The Straits Times

As if WhatsApp is not facing enough problems with the privacy policy update, the scammers are now making several troubles on the chat platform to make matters worse. Earlier, it was reported that there are fake WhatsApp staff scamming users using a voice authentication loophole. Now, a new method has appeared by using a malicious link that tricks users to install suspicious software.

According to the source, some users have received a link that guides them to a page that resembles Google App Store to install a fake HUAWEI app. After installing it, it will prompt users to permit it to read the notifications. If the steps are all done, the malware will then start to distribute the link to more users automatically when a new WhatsApp message is received.

The security experts claim that this malware has the ability to spread itself via WhatsApp messages. For now, no data theft is done by the malware but it is possible to extend to that part. Therefore, we are here to inform WhatsApp users to beware of suspicious links. Not only on WhatsApp, but it is also important to verify if a link is legit before opening it on other platforms.

Let us know what you think about this news on our Facebook page. Stay tuned to TechNave.com for the latest tech reports.