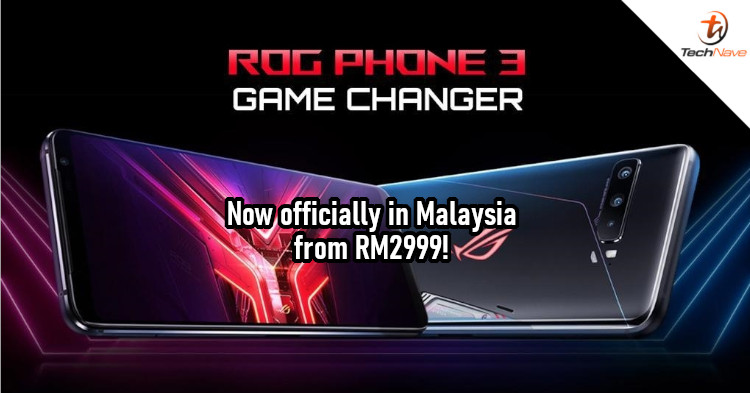 ASUS has recently announced that the ASUS ROG Phone 3 series is officially available in Malaysia starting from the price of RM2999 for the STRIX Edition, while the ROG Phone 3 equipped with 12GB RAM and 16GB RAM is priced at RM3799 and RM4499 respectively. Both varaints are having 512GB ROM. In terms of the availability date, the device can be purchased from all ASUS experience stores and authorised dealers across Malaysia as well as e-commerce platforms such as Lazada and Shopee from today onwards.

But that’s not all, ASUS also reveals the price for all the ASUS ROG Phone 3 compatible accessories such as the ROG Ranger BC1001, Clip, Kunai, Mobile Desktop Dock, TwinView Dock 3, and the Lightning Armor case with Screen Protector at the price of RM99, RM149, RM499, RM599, RM899, and RM279 respectively. However, if you own last year’s ROG Phone, fret not as the accessories released this year are compatible with the ROG Phone 2. With all that said, would you be interested in getting the recently announced ROG Phone 3 or the accessories? Let us know on our Facebook page and for more updates like this, stay tuned to TechNave.com.