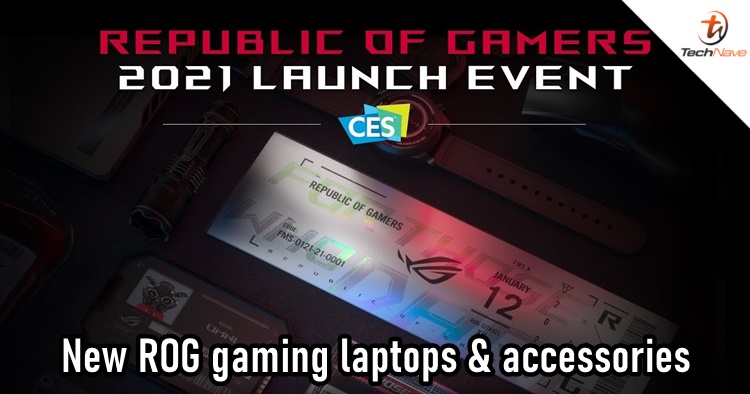 Like its predecessors, the ROG Zephyrus Duo 15 SE still has the ROG ScreenPad as a secondary screen allowing users to use it for gaming and other productive tasks, such as a new XSplit Gamecaster to monitor streaming while gaming as well as Adobe for additional content creation tools. It is powered by up to an AMD Ryzen 9 5900HX mobile processor CP, NVIDIA GeForce RTX 3080 graphics, and its screen supports either a 120Hz 4K display with 100% Adobe RGB colour space coverage or a 300 Hz FHD display with a 3 ms response time and 100% sRGB colour space coverage. 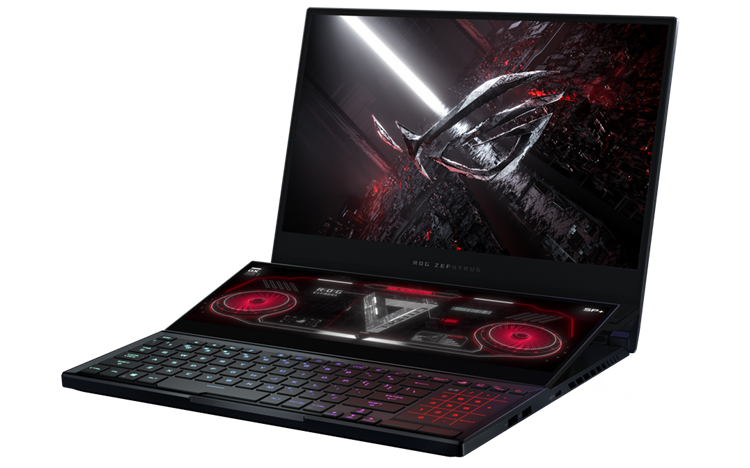 Like the Flow X13, there's a new built-in Two-Way AI Noise-Cancellation for clearer voice chats while gaming. Dolby Atmos sound system is still on board and ASUS upgraded the Active Aerodynamic System Plus (AAS+) cooling system. It is said to allow more power to be fed to the CPU and GPU without increasing noise levels, as well as cooling the secondary display at the same time.

Another returning gaming laptop member is none other than the ROG Strix SCAR series. The Strix SCAR 17 is equipped with up to AMD Ryzen 9 5900HX mobile processor CPU, up to GeForce RTX 3080 graphics and up to 64 GB of dual-channel DDR-3200 MHz memory. As the world's fastest laptop display, it offers 360Hz FHD panel with a 3ms response time. You can also choose the optional 165 Hz WQHD panel + a DCI-P3 colour gamut. Both options have Adaptive-Sync technology.

ASUS said the new SCAR 17 is more compact and using a refined cooling system while lowering noise levels by 3 dB than its predecessor. With a larger 90 Wh battery, it now provides up to 12 hours of video playback on a single charge, with support for fast charging and compatibility with 100watt USB Type-C power adapters. Dolby Atmos sound system, Two-Way AI Noise-Cancelation and a new Arc Flow fan are in the package.

Going to the gaming peripherals, the ROG Swift PG32UQ is the world’s first 32 -inch HDMI 2.1 gaming monitor and features a 144 Hz IPS panel with a 1ms moving picture response time (MPRT). It has two HDMI 2.1 ports to support up to 4K visuals at up to 120 Hz on the latest gaming consoles, as well as supporting a Display Stream Compression (DSC) technology. This is to transfer ultra-high-definition video streams across a single interface at high speed so that it can to 4K 144 Hz visuals via a single DisplayPort 1.4 connection. Not only is this a new mechanical RGB gaming keyboard, but also the first one to feature a ROG RX Blue Optical Mechanical Switch. What this means is that it employs a near-zero debounce delay so keys are immediately triggered the moment they are pressed. Of course, there are still embedded RGB LEDs all around the caps as well as a detachable Numpad and a magnetic wrist rest.

Using a wired USB-C and 2.4 GHz RF wireless connections ensure lag-free connectivity, the former supports fast charging or USB passthrough for other devices. For a wireless experience, the 4000 mAh battery provides up to 40 hours of use on a single charge. Wireless Aura Sync lighting and the Armoury Crate software are available for customization. What do you think of them? Let us know in the comments below! There are no official price tags yet for these new ROG products but we think it will take some time for ASUS ROG Malaysia to import them. So until then, stay tuned for the official announcement only at TechNave.com.