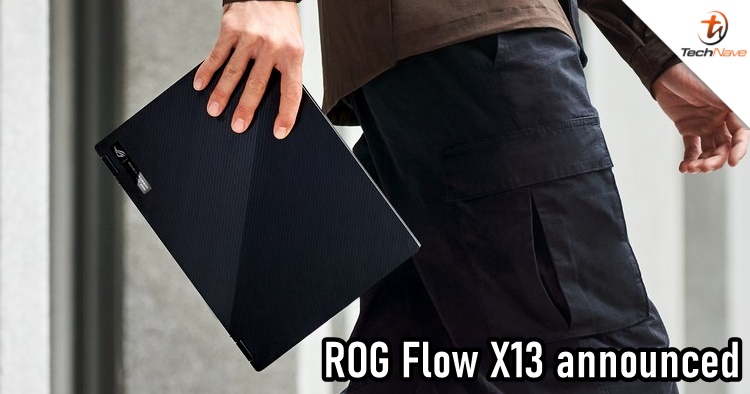 CES 2021 begins and tech brands are starting to unveil their latest products globally. In ASUS Republic of Gamer (ROG)'s case, they too have revealed a barrage of gaming laptops and accessories. That said, the new ROG Flow X13 gaming laptop is certainly an eye candy so here's what you need to know.

Thanks to the new design that is clearly inspired by the ASUS ROG Zephyrus G14, the ROG Flow X13 follows a similar pattern measuring at 15.8 mm thin and weighing 1.3kg. The laptop is also part convertible, allowing you to make it stand or tent and tablet mode, so it's a pretty flexible laptop instead of gaming purely. The screen panel is just 13.4-inches, though, but it can support up to 120Hz refresh rate, FHD resolution, 4K Ultra HD (optional) and Adaptive-Sync. Only one colour for now 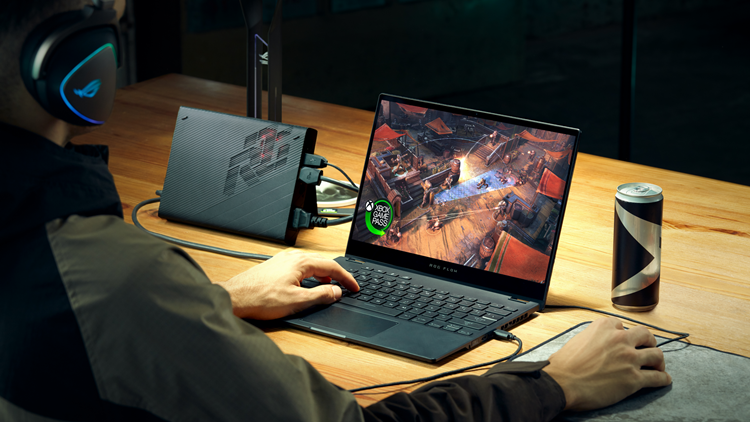 The ROG XG Mobile dock beside the laptop

Because the laptop is so thin, ASUS also made an eGPU dock called the ROG XG Mobile which is designed to bring a desktop experience for the user. It features a GeForce RTX 3080 GPU clocked at 1810 MHz at 150W with ROG Boost, and there's even a vapour chamber cooling system. You may find multiple ports on it, which includes 4x USB Type A 3.2 Gen 1 ports, a separate USB 3.2 Gen 2 for I/O, a full-sized SD card slot, and a Gigabit Ethernet port. DisplayPort 1.4 and HDMI 2.0a display outputs.

In terms of tech specs, the Flow X13 is featuring one of the latest Ryzen 5000 series Mobile Processors with a new Zen 3 architecture (cache up to 20MB). With up to AMD AMD Ryzen 9 5980HS CPU with 8 cores and 16 threads under its belt, it also uses up to 1TB PCIe SSD, and up to LPDDR4X RAM 4266 MHz 16GB x 2 Dual channel, which consumes 50% less power and generates less heat than typical DDR4 memory, as well as 46% less surface area. There's also a special Flow X13 Supernova Edition which can scale up to 4.8GHz on a single-core and up to 32GB of memory. 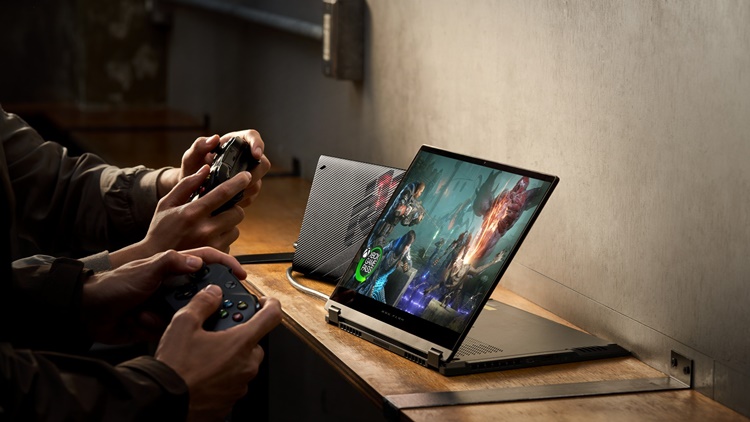 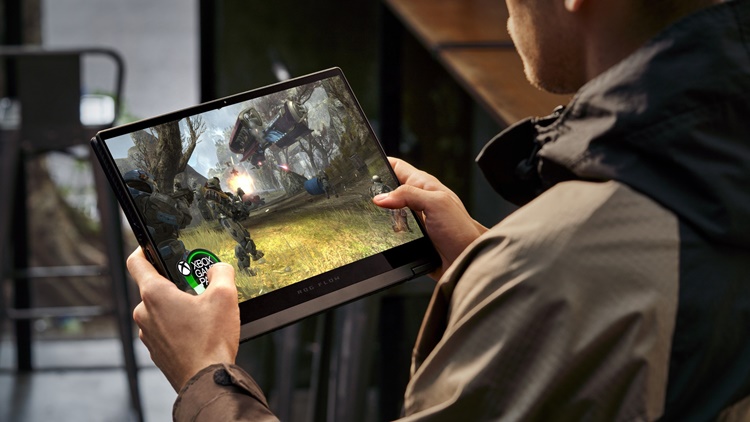 For the graphics, it incorporates a GeForce GTX 1650 GPU capable of hitting clock speeds up to 1255 MHz at 35W in Turbo mode with ROG Boost. If you turn on Dynamic Boost, it adds on an additional 5W which makes quite a difference in power level. You also don't need to worry about heat issue because the laptop is fine-tuned with a liquid metal thermal cooling system, which is capable of reducing the temperature by up to 10°C.

The Flow X13 can last up to 10 hours of video playback and it uses a 100W Type-C adapter. If you want to charge it back up, its fast charging technology allows it to charge up to 50% in just 30 minutes. Other noteworthy tech specs include Dolby Atmos sound system, Two-Way AI Noise Cancellation (for voice chat) and an ErgoLift hinge.

So what do you think of the laptop? There is no official price tag yet but ASUS Malaysia is interested in importing the Flow X13 laptop into the Malaysian market. Until then, stay tuned for the official news launch announcement only at TechNave.com.