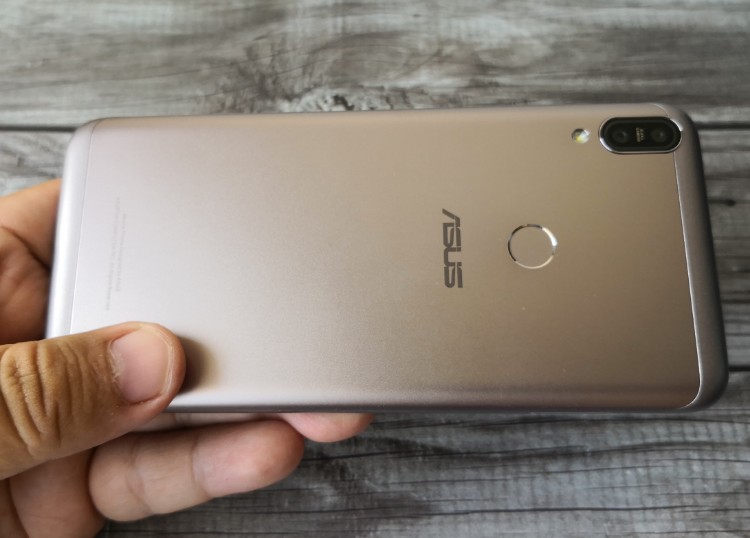 The ASUS ZenFone Max Pro M1 6GB RAM version is now available in Malaysia for RM999 (RM899 for 1 day on 9 September 2018) and we managed to get some hands-on time with it. Packing in practically the same tech specs as the ZenFone Max Pro M1 3GB RAM version, the extra memory comes with upgraded 16MP cameras and offers a bit of a boost to the already midrange Qualcomm Snapdragon 636 chipset and massive 5000 mAh battery it comes with. Check out our first impressions below to see if it's worth your while. 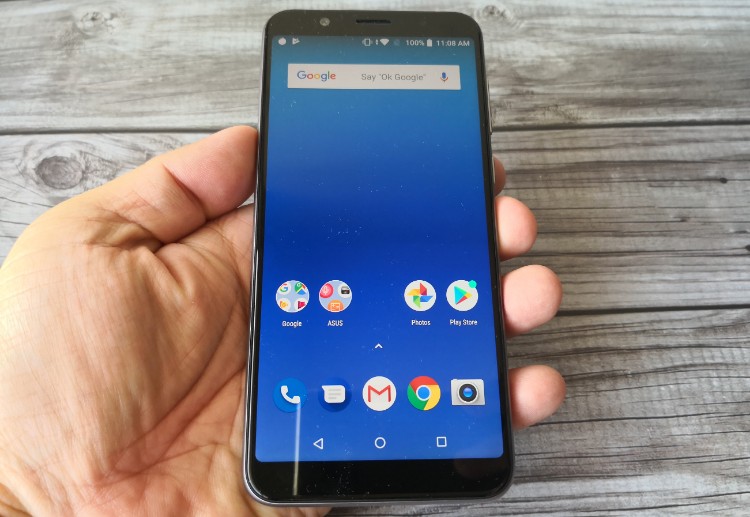 The only difference here is the 16MP front camera but there is still a 5.99-inch FHD+ display in a fairly comfortable grip 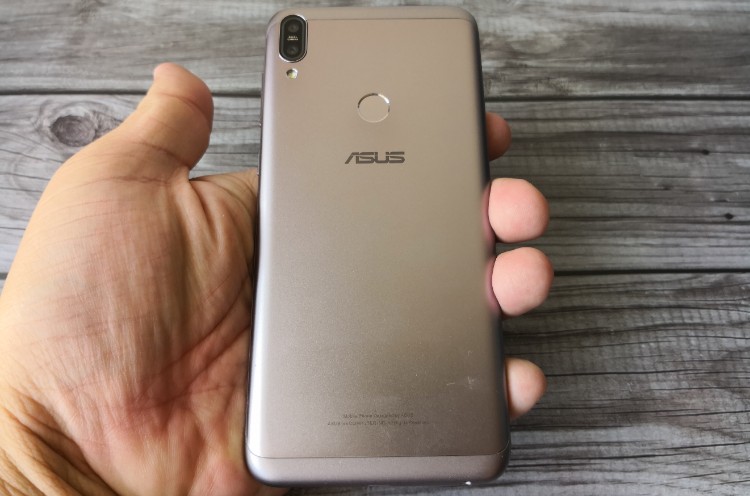 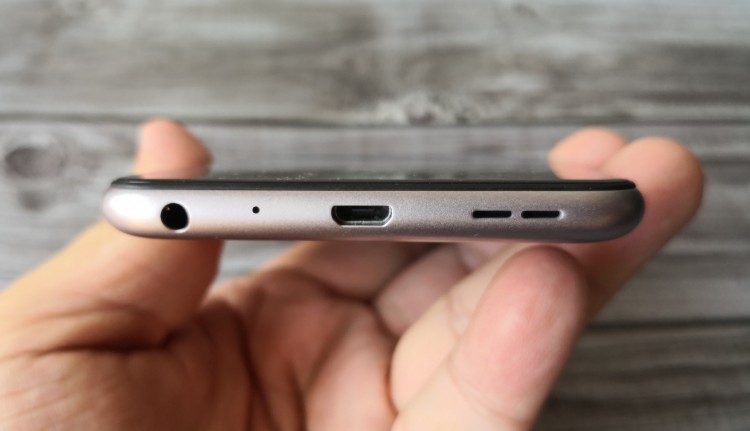 A 3.5mm audio jack and microUSB port on the bottom 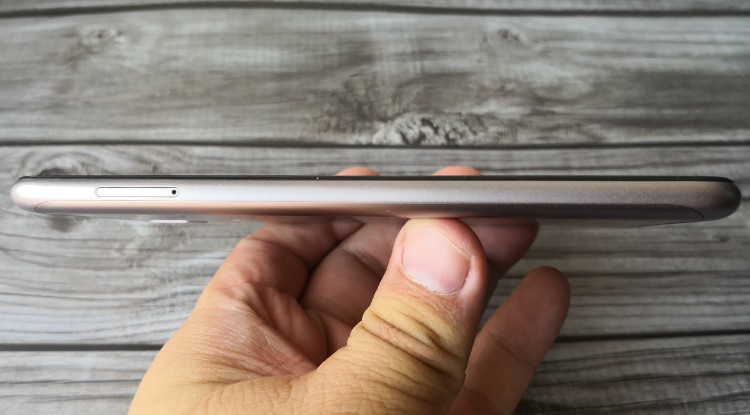 Nothing but the SIM tray 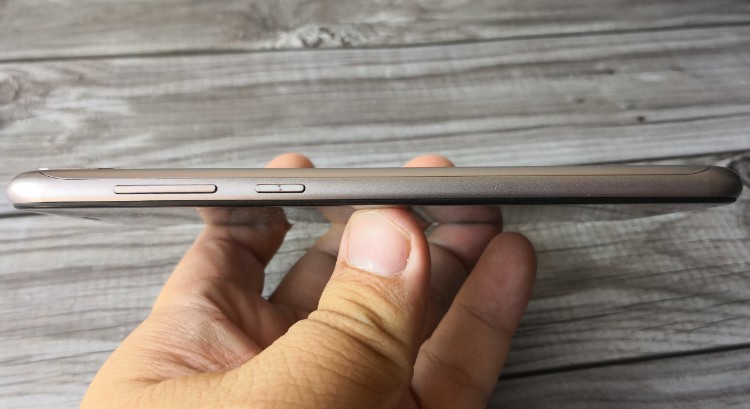 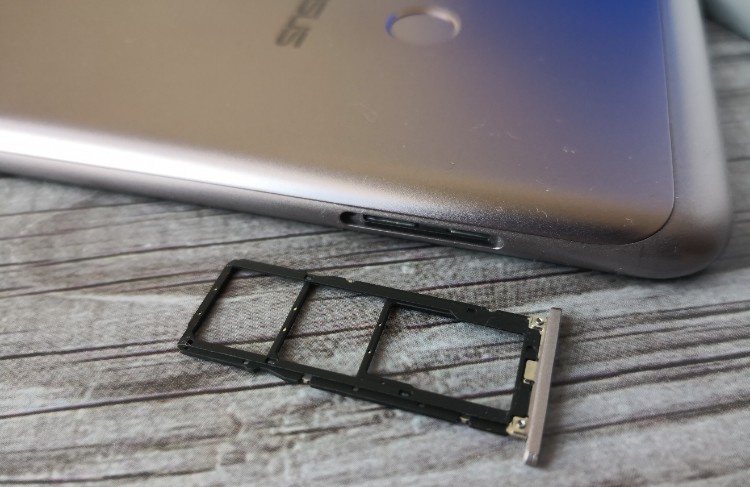 The triple card tray lets you put in dual SIM and a microSD, no sacrifices required

There’s still a notch-less 5.99-inch full HD+ display on the front, fingerprint sensor on the back, 3. 5mm audio jack and microUSB port on the bottom. Coming in black and silver it looks good but like its 3GB RAM sibling, probably won't get second glances.

Taking a quick look through at the tech specs below shows the 6GB RAM and 64GB storage as the obvious new additions but there's also a new 16MP + 5MP dual rear camera combo (the 3GB RAM version had 13MP + 5MP dual rear cameras) and 16MP front camera. The main highlights of a Qualcomm Snapdragon 636 chipset, 5000 mAh battery and near stock Android operating system remains the same. The phone comes with a free case and Free Fire voucher.

Here are the tech specs: 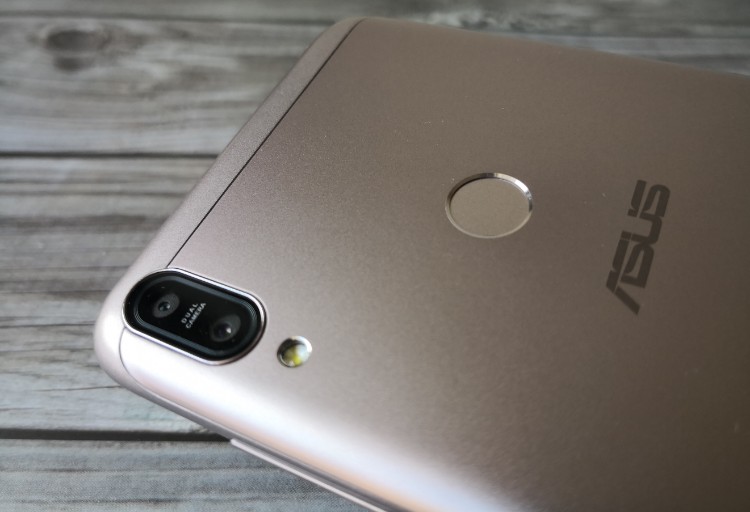 All you need is in the box, especially if you're going to play Free Fire

Our initial benchmarks didn’t show all that much of an increase in performance due to the increased memory. Just a slight increase in AnTuTu and even a slight decrease in GeekBench but we did notice a slight improvement to game performance using PUBG Mobile and Asphalt 9. While Asphalt 9 was smooth sailing, the lag we noticed for PUBG Mobile in the 3GB RAM version was a bit less than before but still noticeable if you’re looking for it.

Battery performance was just as stellar as before, with about 3 days on medium to heavy usage and 5 days on minimal. This still means that you can play games for a long time on the 6GB RAM version of the ZenFone Max Pro M1 and you get a bit of a boost in loading times and performance as well. Other aspects didn’t change much either so audio, call quality and connectivity are just as good as the previous 3GB version and the screen is just as good at watching movies and videos as before. 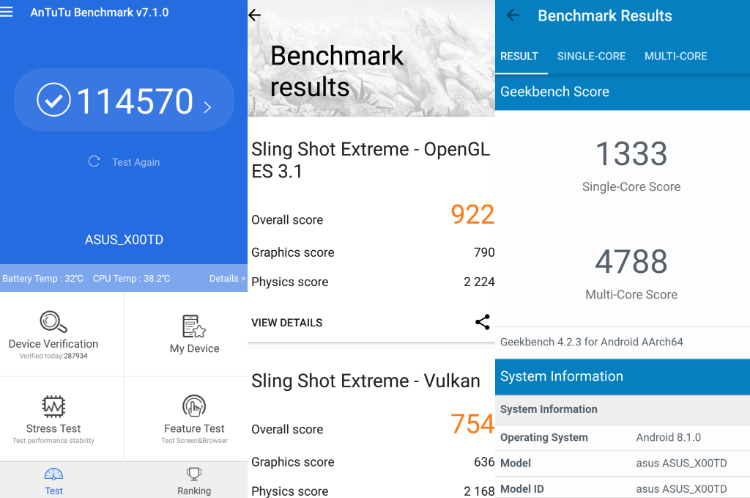 AnTuTu, 3DMark and GeekBench 4 scores are nicely midrange but very similar to the 3GB RAM version 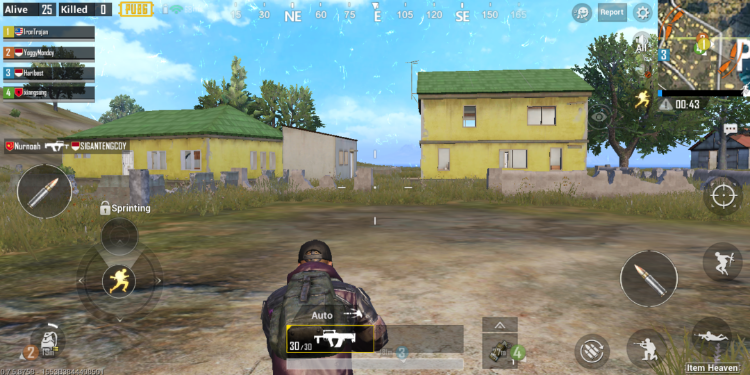 We noticed a slight increase in smoothness for PUBG Mobile Asphalt 9 was as smooth as ever

Camera performance was a lot better compared to the previous 3GB RAM version with its 13MP + 5MP rear camera combo though as we managed to get some really good shots on just auto. The higher resolution really helps get more details this time around, despite it being just a 3MP increase. Colours are vibrant and accurate but overall camera performance asides from this is still the same as the previous 3GB RAM Max Pro M1, so while you can record 4K video there are no special features like super resolution or even panorama.

There’s still the rather blocky interface of the Snapdragon Camera app, but ASUS tells us the solution for that is to download the Google Camera app which could be the thing to do if you're missing panorama. Nonetheless, you can still capture some really stunning shots with the existing camera app, which you can see below. 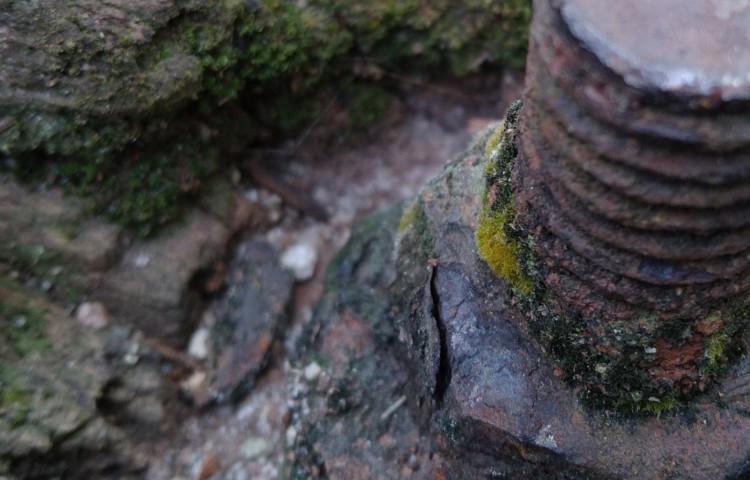 See all the details? And this is the zoomed up part 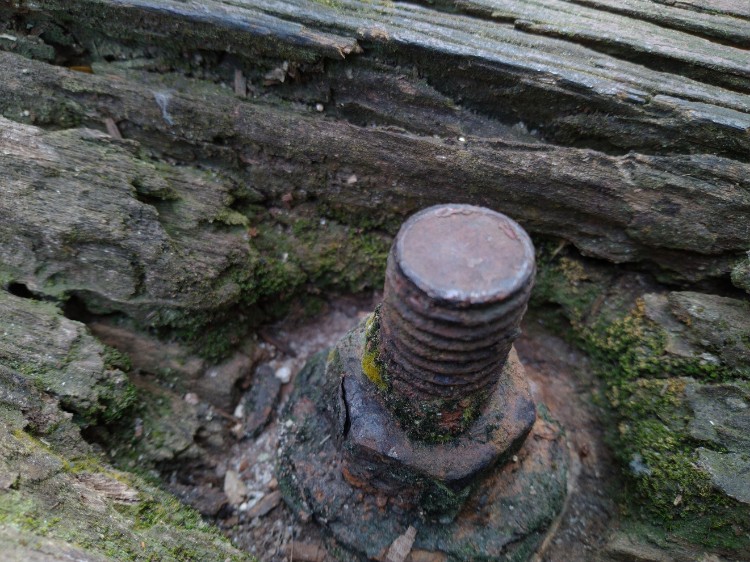 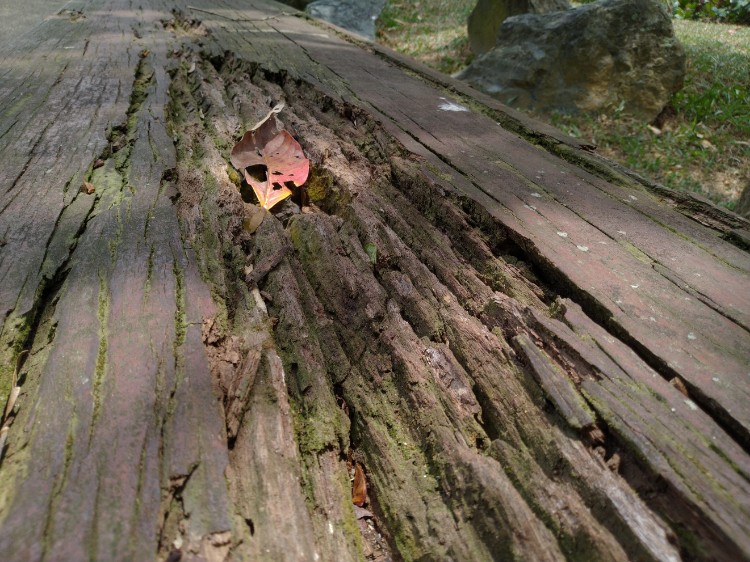 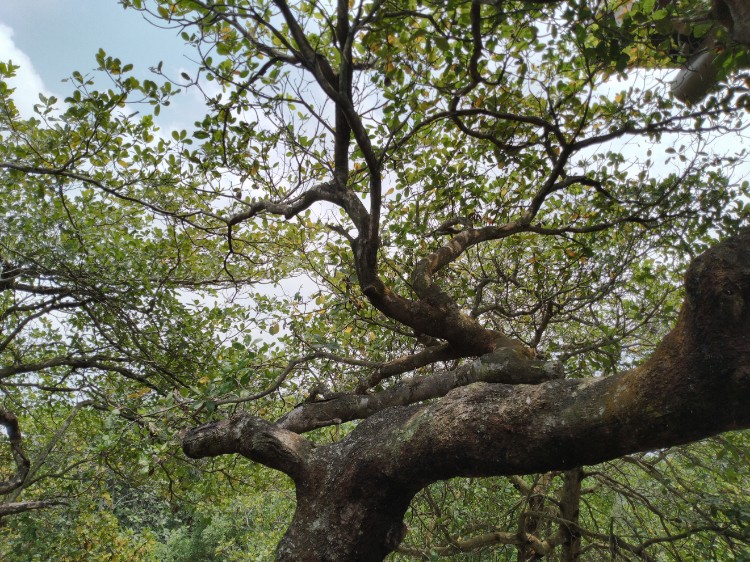 Overall, we found the 6GB RAM ASUS ZenFone Max Pro M1 to be a nice value buy, especially for those who need that longer battery life. The larger memory does mean there’s more storage in the device and the 16MP camera upgrades certainly do help in taking better photos or even selfies. So if you didn’t buy the 3GB RAM version before due to the cameras, RAM or storage, then this 6GB RAM version is definitely the device to get but to know more, we'd suggest reading the 3GB RAM versions review.

That being said, with the recent slew of new flagship killers like the Honor Play (RM1249) and the Pocophone F1 (RM1299) from Xiaomi, all you need to do is pay a few hundred more ringgit to get a whole other level of performance. Closer contenders would be the Xiaomi Mi A2 (4GB RAM, 64GB storage for RM999) which offers better cameras, more storage and a more stock Android feel but none of these offer large 5000 mAh battery benefits.

As mentioned above, the 6GB RAM ASUS ZenFone Max Pro M1 is going for RM899 on 9 September 2018 at Lazada with a chance to get an RM50 discount voucher as well, but the promotion is only for that 1 day or as stocks last. It would be great if this RM849 price tag remained for it to remain competitive but we'll see what ASUS decides to do in the future. For now, stay tuned to TechNave.com for more tech news and reviews.