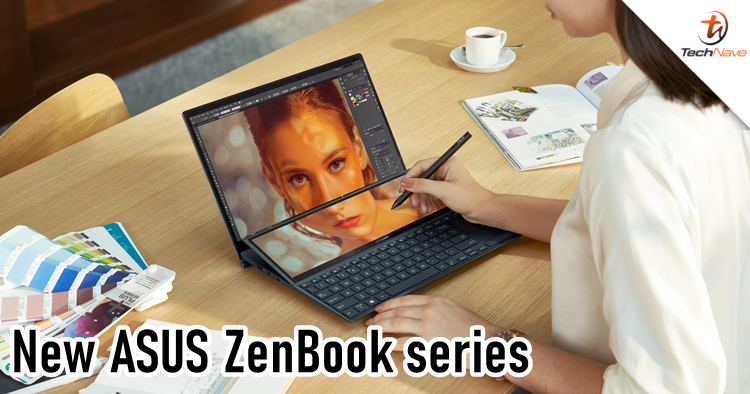 Aside from the new lineup of ASUS ROG gaming laptops, accessories and the TUF Dash F15, ASUS also announced new series of ZenBook, VivoBook, ExpertBook and Chromebook. In the ZenBook lineup, ASUS didn't reveal not one, not two, but five new laptops under the brand. Here is everything about the new ZenBook Pro Duo 15 OLED, ZenBook Duo 14, ZenBook 13 OLED, ZenBook Flip 15 and ZenBook 14.

Starting with the flagship, the ZenBook Pro Duo 15 OLED is powered by up to Intel Core i9 processor, an NVIDIA GeForce RTX 3070 laptop GPU and up to 32GB RAM. There are ample storage thanks to the 1TB PCIe 3.0 x4 SSD, alongside two Thunderbolt 3 USB-C ports supporting up to 40 Gbps data-transfer rates along with Power Delivery and DisplayPort functionality. 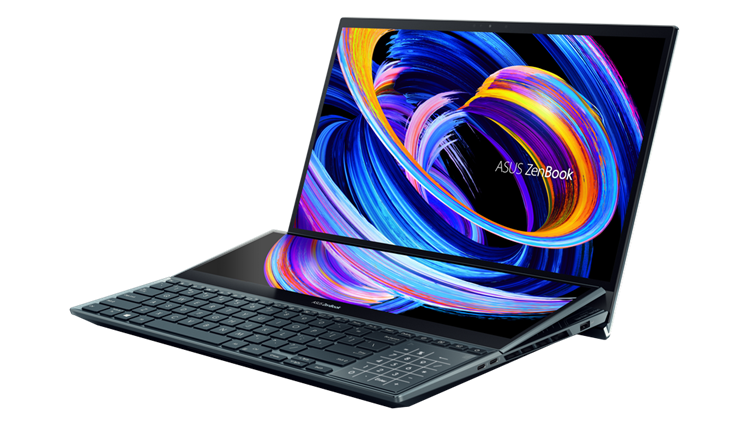 Note - The ZenBooks Duo looks more or less the same

Besides the original 15.6-inch OLED display, the secondary display - the ScreenPad Plus has been improved with 400 nits of brightness and its resolution is 4K UHD. In order not to heat up the ScreenPad Plus, a new Active Aerodynamic System Plus (AAS Plus) uses the ErgoLift hinge mechanism to increase overall cooling airflow by 36%. The ports that we mentioned earlier also allow the user to connect an additional 8K external display or two 4K UHD displays.

Moving on to another Duo laptop, the ZenBook Duo 14 is an Intel Evo laptop using up to 1th Generation Intel Core i7 processor with Intel Iris Xe graphics, clocking up to 4.7 GHz. Paired with up to 32GB RAM and up to 1 TB PCIe 3.0 x4 SSD, it's more than enough to help your workflow and productivity. As this is the lesser version, the GPU is an NVIDIA GeForce MX450 graphics. 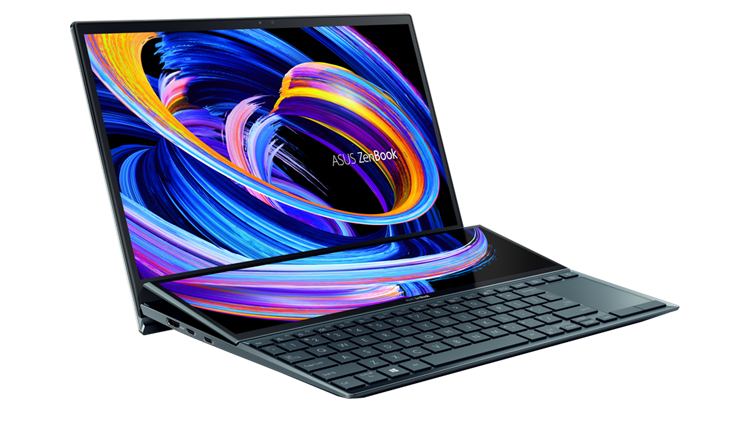 With the 12.6-inch ScreenPad Plus at hand, the ZenBook Duo 14 also features ASUS Intelligent Performance Technology to boost performance up to 40%. An AAS Plus thermal system is incorporated to optimize cooling performance and you can find the latest Thunderbolt 4 USB-C ports which support Power Delivery, DisplayPort, 40 Gbps bandwidth, and connect an external 8K display or two 4K UHD displays.

Lastly for the ZenBook series, there are two more ZenBook OLED models with either an Intel CPU or AMD Ryzen 5000 U-Series processor. The 13.3 display is in FHD resolution and it's accompanied by an ASUS NumberPad 2.0. Both weigh as light as 1.14kg and has up to 13 hours of battery life. Both have different memory capacity too with up to 32 GB 4266 MHz LPDDR4X and up to 1 TB PCIe NVMe 3.0 x2 M.2 SSD. 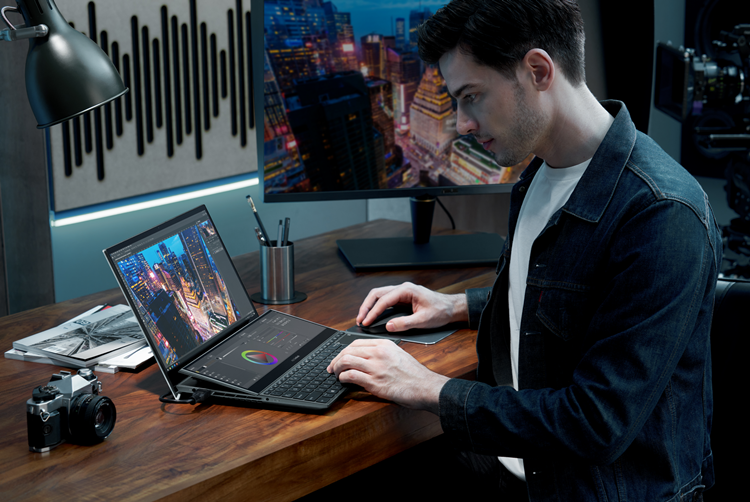 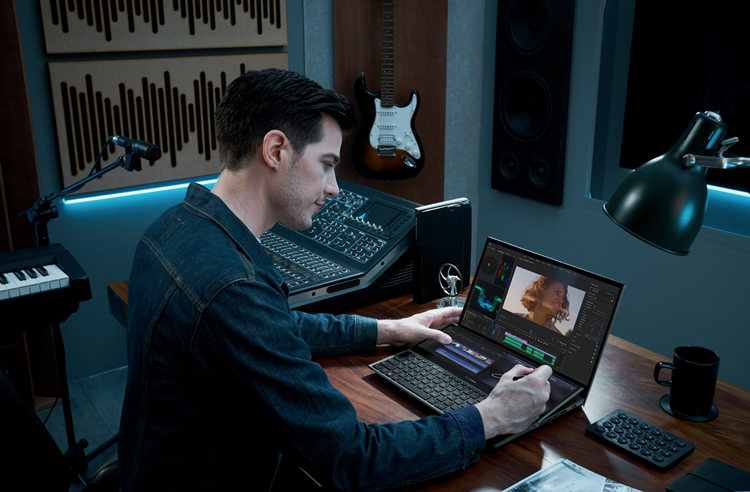 Moving on to the ZenBook Flip 15, it's currently one of the world's most compact 15.6-inch convertible laptops. Featuring a 15.6-inch FHD NanoEdge touchscreen, 11th Gen Intel Core H Series processor, and NVIDIA GeForce GTX 1650 graphics, it's designed for the on-the-go productivity and creativity lifestyle.

There's also an AMD-powered ZenBook 14 as one of the world’s thinnest 14-inch AMD laptops. With up to 16-hour battery life, the AMD processor is none other than the Ryzen 7 5800H Mobile Processor, alongside up to NVIDIA GeForce MX450 graphics, up to a dual-fan cooling system, ultrafast PCIe SSD storage, and seamless Intel WiFi 6 connectivity. 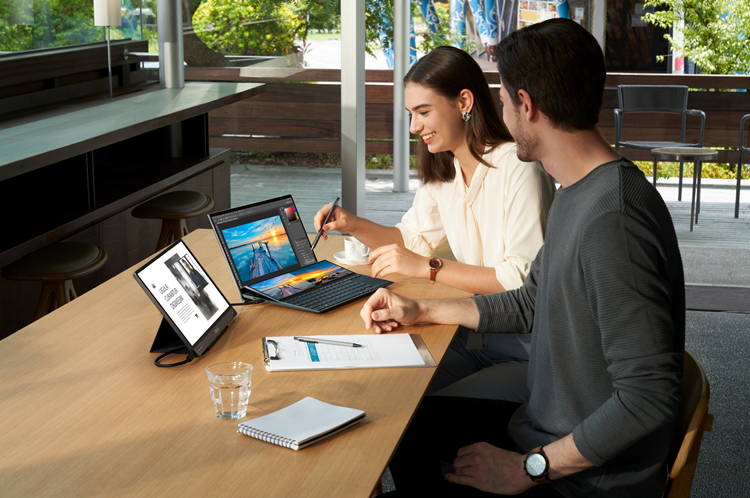 Phew, that was a long list. There aren't any official price tag yet and we think it may take some time for ASUS Malaysia to import some of the new ZenBook laptop models. For more information, you can check out one of the links below to get started. Stay tuned for more official tech news announcement at TechNave.com.