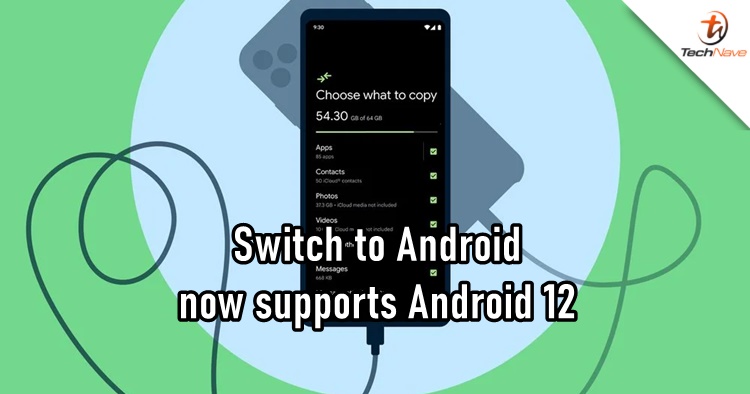 Moving your data between an Android and iOS device can be quite a hassle. However, Google's Switch to Android app has been around earlier this year and not many people know about it. This makes transferring seamless from iOS users and furthermore, it has been announced that all Android 12 phones support this.

On the official website, the steps are pretty straightforward but in case you don't have the time to read all of them, here's the breakdown. You will need to get the latest Google One app version first with a Google account (which almost everyone has) and do your backup. After that, you will also have to turn off the iMessage and FaceTime in the settings so that you won't miss any incoming new messages or calls while transferring.

When you're ready to backup on your Android phone, sign in to your Google account and all your data should automatically be present. This includes your Google Contacts, Calendars, photo apps and others. Initially, only a handful of Android devices (namely the Google Pixel phones) allowed this but it's great to know that it now works on every Android 12 phone now.

On the other hand, it's also now possible to transfer your WhatsApp chat history from Android to iOS as well. You will need to download the Move to iOS app from the Google Play Store and just follow the steps. Stay tuned for more trending tech news at TechNave.com.