Is it the iPhone 13 or iPhone 12s? Some say Apple will skip the number 13, but no one knows for sure yet. Regardless, rumours continue to use either name interchangeably. One rumour claims that all four models will have an upgraded ultrawide camera.

Specifically, the new ultrawide sensor will have an aperture of f/1.8, compared to the previous f/2.4. This means that it can capture more light, thus delivering better low-light performance. As a result, the non-Pro variants could end up being better value for money. 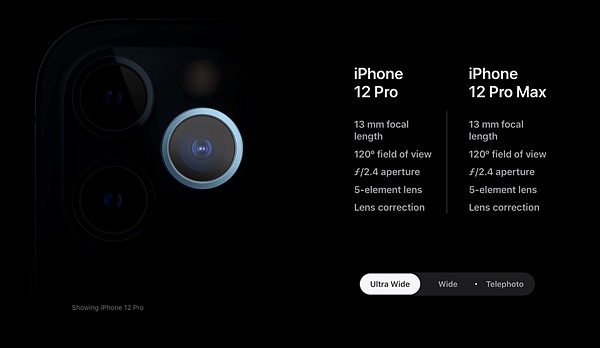 This ultrawide camera could be upgraded

According to MacRumours, analysts from Barclays claimed that all four models of the upcoming iPhone 13 series could come with the upgraded camera sensor. Interestingly, Kuo Ming-Chi - another well-known analyst - only the Pro and Pro Max models will feature the upgrade. Instead, the standard and mini variant will get the upgrade next year.

Since it's just speculation, for now, do take the news with a grain of salt. But with that said, would this upgrade make the standard or mini variant more appealing options for you? Let us know in the comments and stay tuned to TechNave for more news.