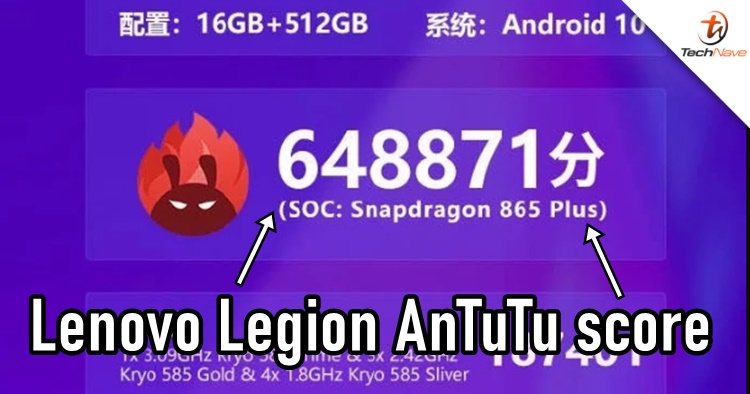 If you haven't been keeping up with the Lenovo Legion gaming smartphone news, you should know that the device will be releasing soon in July this month. While there's no exact date given yet, AnTuTu has just showcased the gaming device's score from its benchmark testing.

From the listing and under the model number, L79031, the Lenovo Legion managed to score up to 648,871 points which is most impressive. For the record, the latest highest score on AnTuTu is 608049 points from the OPPO Find X2 Pro and we think the ROG Phone 3 will have a similar score as well. How the Lenovo Legion can get such a high score is thanks to the Snapdragon 865+ chipset which will be announced soon. 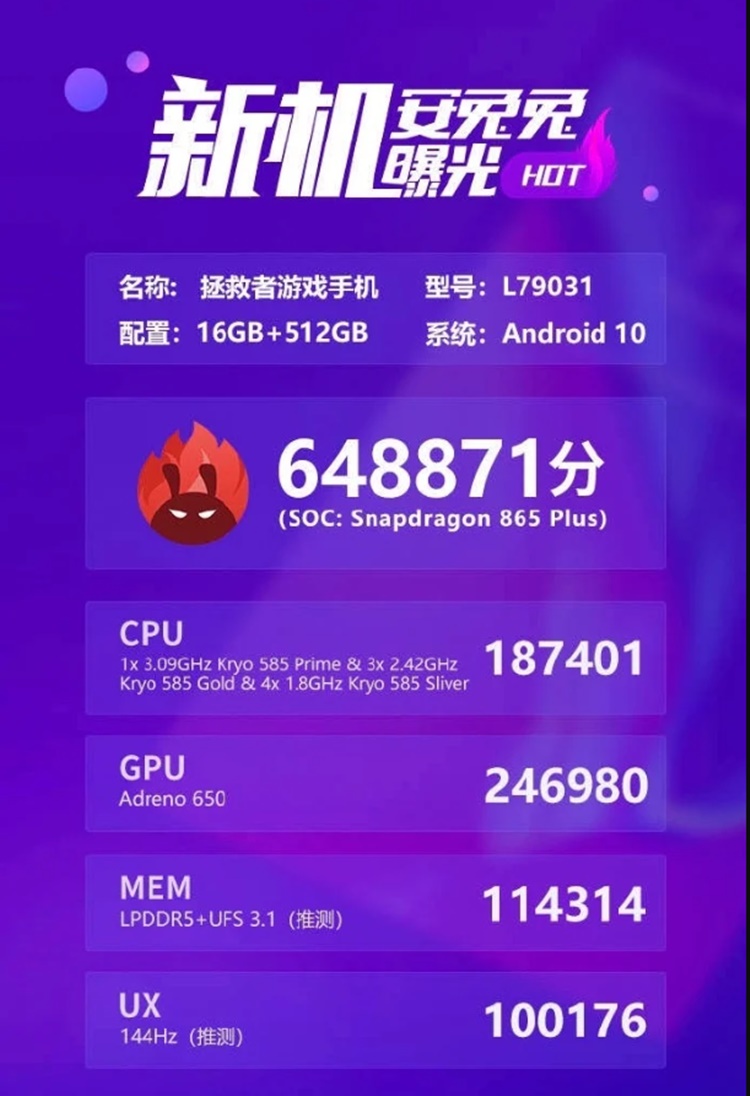 The Lenovo Legion gaming smartphone will definitely be one of the devices to look out for this month. Until then, stay tuned for more trending tech gadget news at TechNave.com.