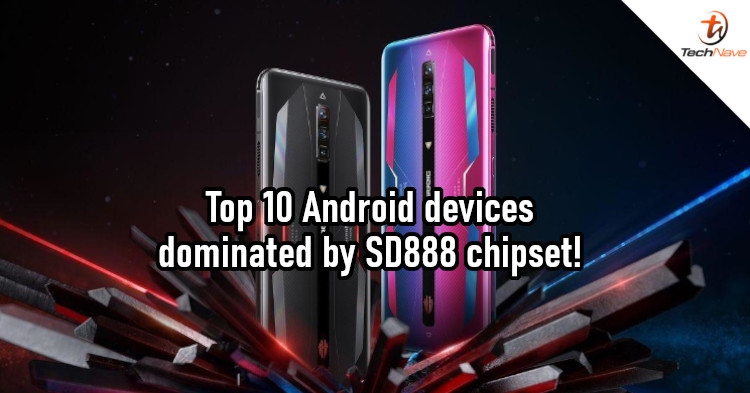 These days, new Android smartphones are popping up every other month or so. This makes some consumers curious as to which flagship device can deliver the best performance. Well, AnTuTu tracks these numbers so let's take a look at the latest ones.

In its October 2021 report, you can see that the top 3 are all dominated by gaming smartphones - the Nubia Red Magic 6 Pro, ROG Phone 5, and realme GT. That makes sense, as these devices have chipsets with boosted CPU frequencies for that increase in performance. This is followed by top flagship models like the iQOO 7, the OnePlus 9 Pro, and the Xiaomi 11i. 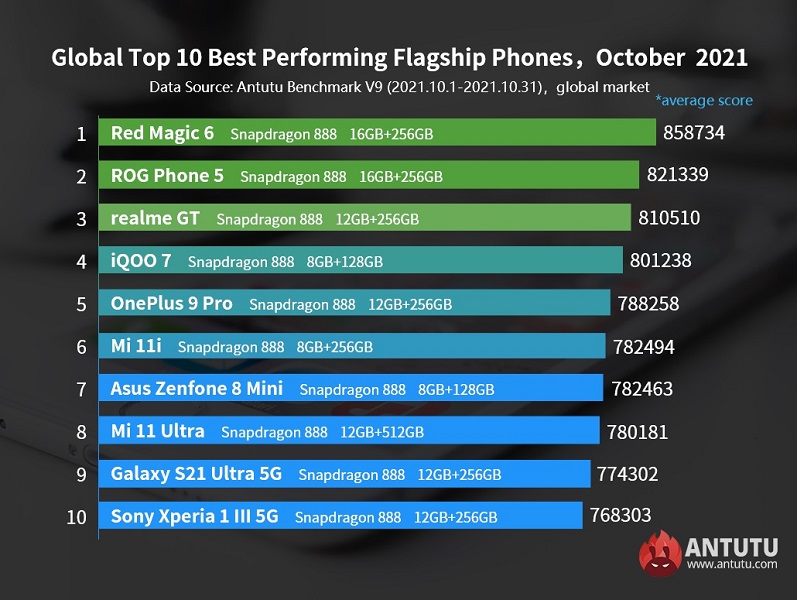 As you can see, all top 10 devices feature the Snapdragon 888 chipset. In other words, there are no MediaTek and Samsung chipsets that can beat Qualcomm's flagship chipset in CPU or GPU performance. That could change with the Samsung Exynos 2200, which could launch next week. But Qualcomm will also be launching its next-gen Snapdragon 898 chipset later this month, so it could still maintain its top position.

Now, while the Snapdragon 888 is indeed a powerful chipset, many phones using it have heat issues. That's why some consider the Snapdragon 870 chipset a better alternative, but what do you think? Let us know in the comments, and stay tuned to TechNave for more news like this.