Aside from their M2 Pro and M2 Max powered MacBook Pro laptops, Apple has officially announced the release of their new Apple Mac mini desktops. However, these devices will be powered by the M2 and M2 Pro only with no mention of any M2 Max variant just yet. Prices start from RM2499.

As usual, the Mac mini supports their latest macOS Ventura while pricing for the Mac mini are as follows. You can add on more memory and so forth if you add on some more money: 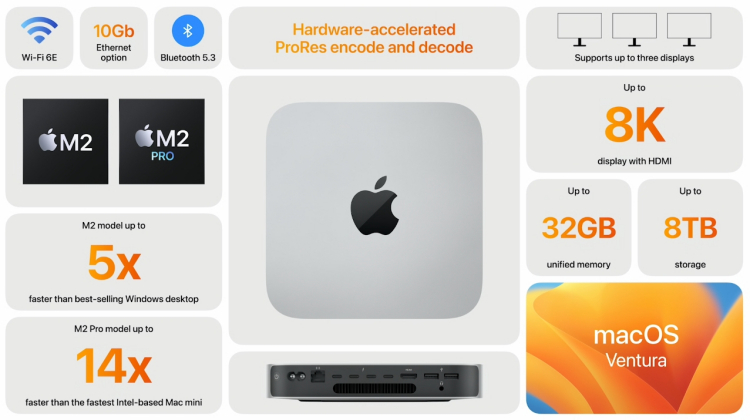 You can check them out at the Apple Malaysia store site but they’re not available just yet. Which variant are you planning to buy? Let us know and stay tuned to TechNave.com