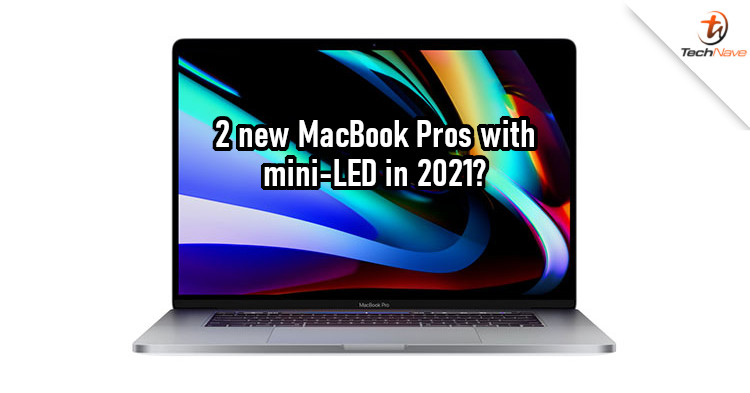 With how many rumours about Apple products that will feature mini-LED displays in 2021, you're probably starting to think it's going to be for real. More so when the source is an industry analyst, who claims that there will be two MacBooks with a mini-LED display next year.

This isn't the first time we've heard of such a rumour, as one first appeared in March earlier this year. But according to Wccftech, Kuo Ming-Chi (TFI Securities) has claimed that there will not just one but a total of two new MacBook Pro models next year. More importantly, the new models will allegedly feature a new form factor, design, and come with a mini-LED display. These should launch in Q4 2021, which is a similar launch window as this year's Apple M1-powered Macs.

Besides the new MacBook Pros, there will be a variety of other Apple devices featuring a mini-LED display next year. For one, there's going to be a more affordable MacBook Air will be coming in 2022, according to Kuo. There will also be a new iPad and iPad Pro models using the technology, expected to launch in the first half of 2021.

It's quite interesting to see Apple so invested in the development of products with mini-LED displays. What do you think is the main reason for this? Let us know in the comments and stay tuned to TechNave for more news like this.