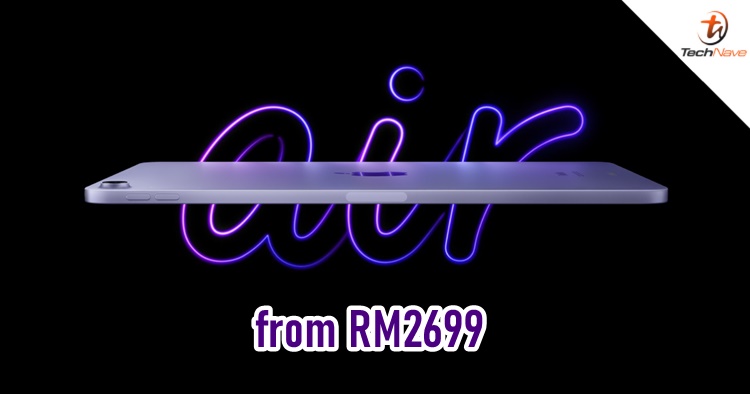 Besides the iPhone SE, Apple also brought back the iPad Air and its last appearance was two years ago. The new iPad Air 2022 edition is much more powerful than before because it's not using an A-series Bionic chipset like before, but rather, an M1 chipset from the recent Mac series!

As mentioned earlier, the iPad Air now features an M1 chipset which makes it one of the most powerful tablets right now in the market. It's also capable of connecting to a 5G service line, as well as running on 64GB or 256GB of storage. With the M1 chipset on board, the CPU is 60% faster and GPU performs twice as fast than its predecessor. Coming in five different colours, its 10.9-inch Liquid Retina Display now has a 12MP ultrawide front camera with Centre Stage. Not only that, but the 12MP rear camera is also capable of recording a 4K resolution video and Apple claims to have an all-day battery life (vague, we know).

Perhaps one of its more interesting features is the Storyboard app that can help users to edit videos easily on the spot. If you want, you can get a separate Apple Pencil or Magic Keyboard. Other notable features include a Touch ID power button, the USB C port that transfers twice as fast and all of its parts are recycled. 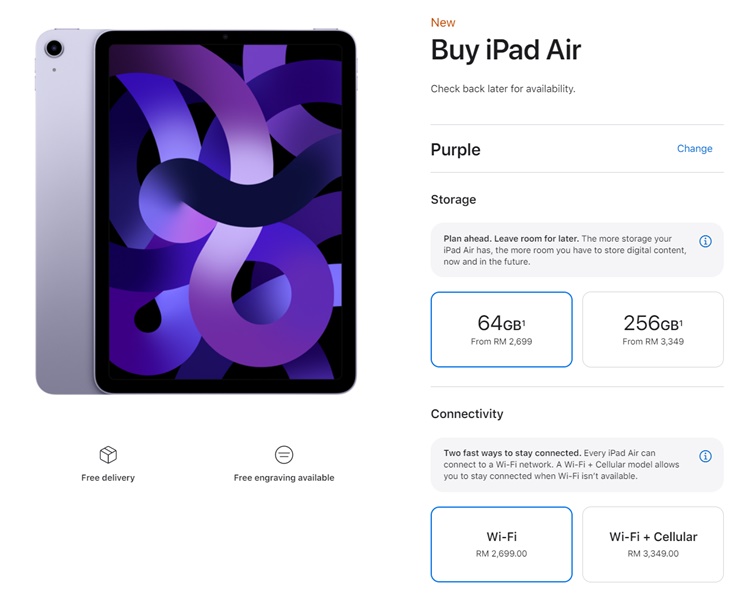 For the Malaysian pricing, the 64GB and 256GB cost RM2699 and RM3349 respectively. You may also have the option to chose WiFi or WiFi + Cellular with the aforementioned price tags. That said, there is no date available for the pre-order yet so we will just have to wait and see. Stay tuned for more trending tech news at TechNave.com.