We’re definitely not ones to scorn innovation but our Apple iPhone fanboys worst fears could be coming true as production cases for the Apple iPhone XI and iPhone XI Max have appeared that seem to confirm the “weird square” rear cameras that have previously appeared in renders.  Both cases don’t appear to be final products as the camera cutouts haven’t been done yet (no holes) but they seem to confirm the triple rear camera locations we’ve seen earlier.

Rumours say that these new triple rear cameras could be 14MP + 10MP + 7MP and we’re thinking the main would be the 14MP camera, the 10MP would be the ultra wide angle while the 7MP goes for telephoto. No signs of any square cutouts so no 10x optical zoom lens, but 4K video recording support and OIS are expected to come with. There’s also rumours that instead of an Apple A13 chipset we could see just an A12 chipset (maybe Apple just want to upgrade the cameras, lol) but we hope not. More interesting are the unfinished cutouts for the front though, as they seem to indicate that there will be a much wider notch with four round holes for perhaps a triple front camera setup. Apple have never been ones to include a separate front flash, so even if one of the holes is for a ToF or Time-of-Flight sensor or depth sensor, it still leaves 3 more holes uncounted for. No MPs mentioned here but the fact that they are available for both the XI and XI Max means it could be one of Apple's major upcoming features.

No Malaysia release dates or pricing details or other tech specs and features yet but we expect it to follow the same steel frame and glass backed body as before. As usual, take this with a good load of salt as 3D printers can do so much more these days. So, is it innovation or just plain fugly? Let us know in our Facebook page and stay tuned to TechNave.com. 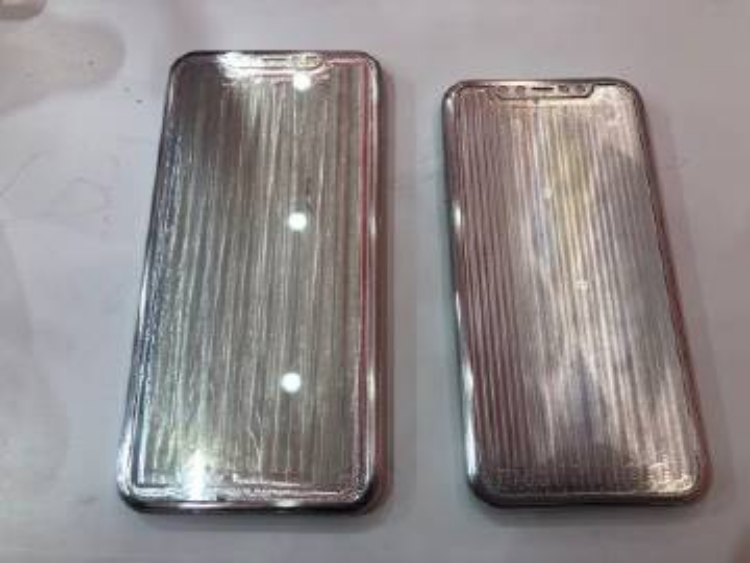