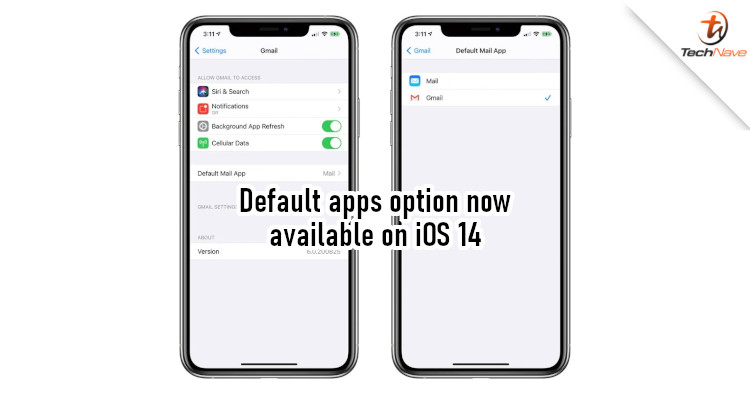 With the launch of iOS 14, one of the new things that Apple finally added to the operating system is the option to set default apps. Now, Google has since jumped on the change and has begun to update its iOS version apps so that you can use them as default apps in iOS.

According to The Verge, Google has released an update for Gmail so that iPhone and iPad users on iOS 14 can configure it to be their default email app. This new change means when you tap on an email link it'll jump straight to Gmail. Android has had this option since the start, but it's great to see Apple finally allowing users to have that choice. It has also been confirmed that Google Chrome and Microsoft Edge can be set as the default browser now.

It should be quite simple to set an app as your default too. For Gmail, Google made it possible for you to change it in the app's settings. Just head to Settings in Gmail, tap on Gmail, and select Default Mail App. Ultimately, this change is a good one as it encourages app developers to improve on their apps. After all, iOS has a large userbase and having your app as the default one is plenty of incentive.

With that said, what other apps do you wish would have the default app option? Let us know on our Facebook page and stay tuned to TechNave for more news like this.