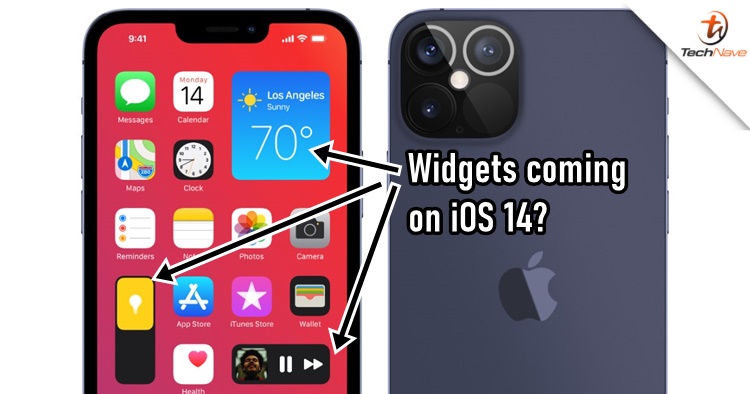 While Apple iPhone 12 rumours are slowly picking up steam, there is some big news surrounding the upcoming iOS 14 update this year. According to 9to5mac.com, it seems that Apple may finally have a new look on their iPhone's home screen with widgets.

Yes, that's like...what Android phones have for years and Apple is really late to the party. But anyway, @ParkerOrtolani from Twitter decided to design and imagine how would the widgets look like on the new iOS 14 via "Springkit" framework (as he calls it). In his vision based on the iOS14 codes, he thinks there are 3 possible app icon designs which are the standard still icon, a fully functional icon showing data or buttons and a full-sized widget.

Alright, here's my concept for adding widgets to the iOS home screen. I call it SpringKit. Three icon classes for developers to pick from that users can also switch between. All of them fall into the existing grid and customization features. https://t.co/JYDmUZrAFp pic.twitter.com/Vj60AXbTjm

One fine example from his designs is the built-in Weather app that functions as a widget showing the current weather forecast. Then for the Activity app, it could potentially be a full-sized widget showcasing the user's activity of the day. Third-party app developers could also potentially tweak an opening tab on the app or widget icons, which is similar to the 3D Touch to do a few tasks.

9to5mac.com notes that users will be able to move around these unannounced widgets, but it may be scrapped along the way since it's still in development. But you know what would it be cool, though? If we can resize the widgets accordingly, that'd pretty cool.

But what do you folks think? Is this long overdue for Apple or it's better late than never? Let us know in the comments on our Facebook page and stay tuned for more tech news at TechNave.com.