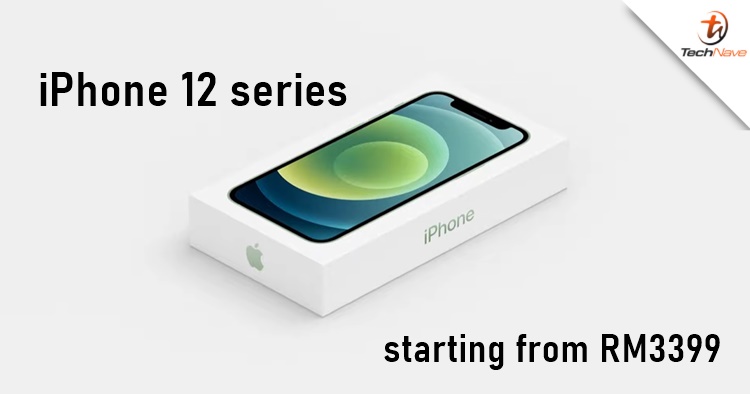 Today, Apple is back yet again with the second Apple Event. Indeed, the rumours of the four iPhone 12 models are true - the iPhone 12 mini, iPhone 12, iPhone 12 Pro and iPhone 12 Pro Max were all introduced. The Apple Malaysia website also unveiled the official local price tag starting from RM3399, as well as other new tech specs and features that were showcased during the live stream. Here's everything you need to know below.

Perhaps the most interesting one out of the bunch is the iPhone 12 mini. The mini-one features a 5nm A14 Bionic chipset (duh), a 5.4-inch Super Retina XDR display, a 12MP for each camera sensor and multiple colours. As teased before, you can get either a white, black, blue, green or (PRODUCT)RED. Furthermore, it comes with 64GB, 128GB and 256GB storage options. 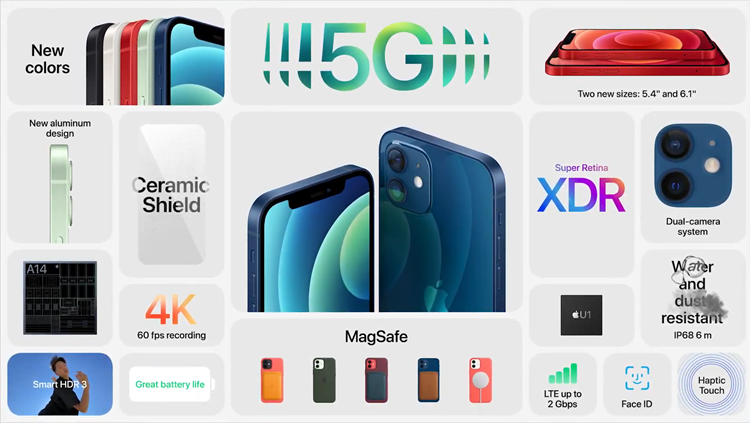 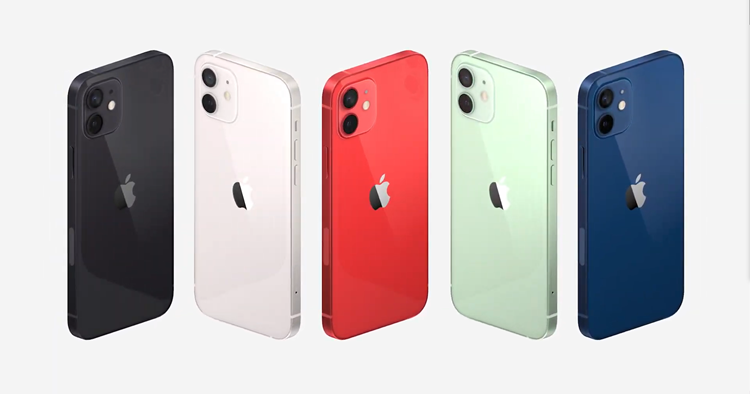 The iPhone 12 is also getting the same colours, chipset, camera module and memory capacity. As the bigger iPhone, it has a 6.1-inch Super Retina XDR display, This applies to the iPhone 12 Pro as well, just with the extra LiDAR sensor for detecting lighting distance, 6GB of RAM (according to sources), starting from 128GB storage, and a change of colour models - graphite, silver, gold and pacific blue.

Last but not least, the iPhone 12 Pro Max is the biggest boy in the family. Its Super Retina XDR display measures 6.7-inches and the storage space is the same as the pro variant, with 128GB, 256GB and 512GB. As usual, Apple doesn't disclose the battery mAh level for each iPhone and RAM power, but at least we know they are all IP68-rated and some crazy camera upgrades. 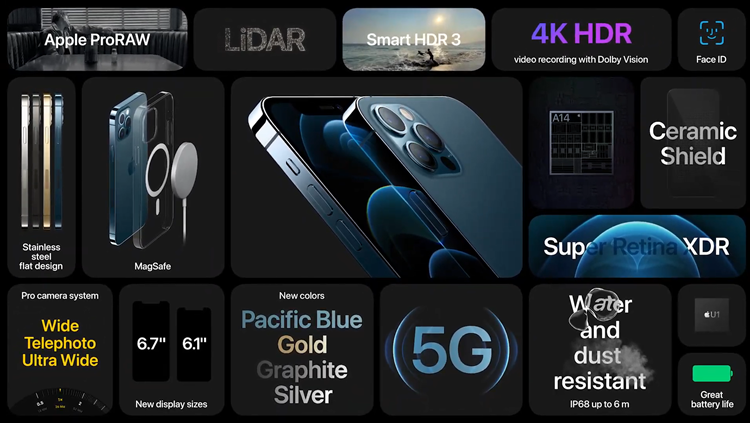 Other features - A smart 5G, A14 Bionic chipset, and a lot of camera stuff

On top of that, Apple also unveiled other new features. The new iPhone 12 series design went back to the past of the iPhone 4-5 series with a non-curved body build. The glass is also now called ceramic shield which is 4x tougher than the iPhone 11 series. 5G is on board but with the A14 Bionic chipset, it's able to switch between LTE and 5G depending on the signal strength to save battery power.

Speaking of the new chipset, we mentioned before about its SoC on the new iPad Air last month. We got more information this time, featuring a 6-core CPU, 4-core GPU and a 16-core neural engine which marks a 50% increase in performance and graphics, as well as 70% more efficient in its 2nd-Gen Machine Learning. Oh, Apple has partnered with Riot Games for the upcoming League of Legends: Wild Rift mobile game! 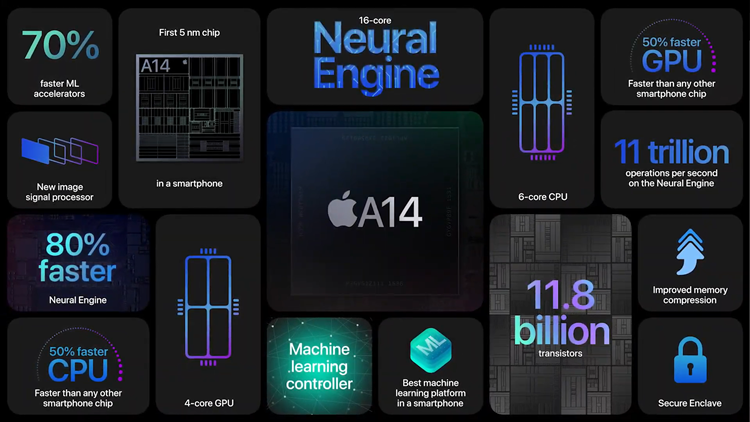 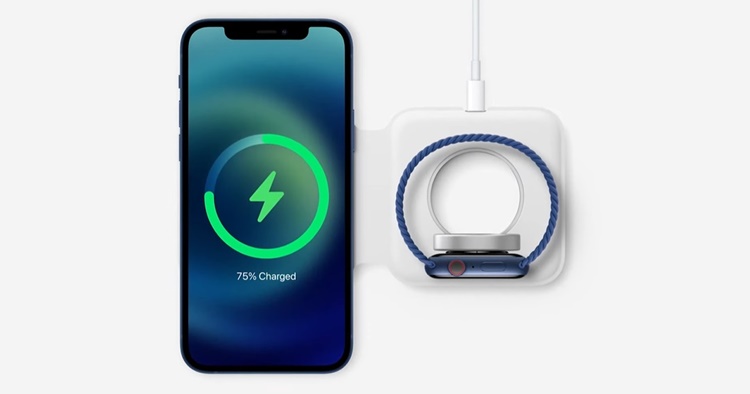 Finally, the camera features are heavily improved especially for the Pro and Pro Max. There's Computational Photography, Night Mode on ultrawide, Night Mode Time-lapse, Apple ProRAW, 10-bit HDR video recording, and Dolby Vision Vision [email protected] Last but not least, all the new iPhone 12 models have a new MagSafe mechanism that sucks a magnetic charger or cardholder onto the back (read more here). Some third-party manufacturers are working with Apple to provide more MagSafe charger options.

With this many models, each also has a different price tag accordingly. You may refer below for reference: 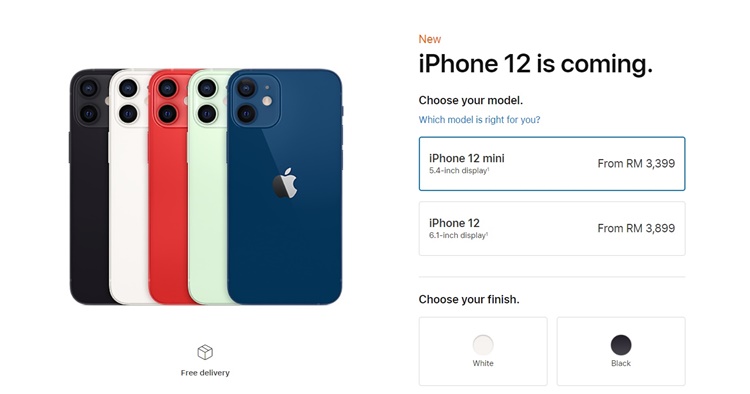 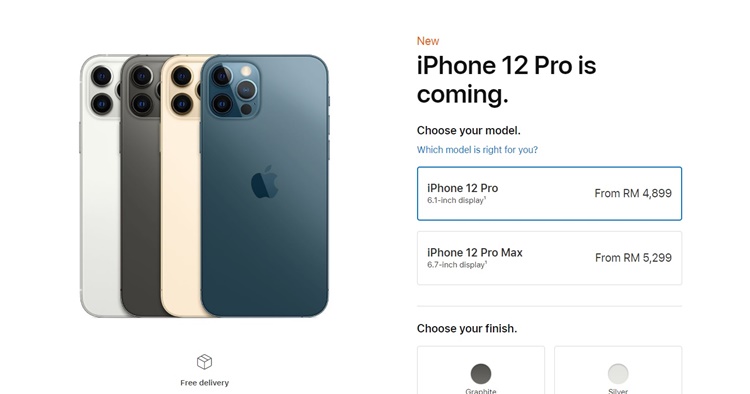 In the US market, both the iPhone 12 and iPhone 12 Pro pre-order will begin on 16 October and be available on 23 October. Then for the iPhone 12 mini and 12 Pro Max, the pre-order starts on 6 November and will launch on 13 November. There are no official available dates yet for the Malaysian market, but what do you think of the new iPhone 12 series? Which model would you prefer? Let us know in the comments below and stay tuned for more trending gadget news at TechNave.com.