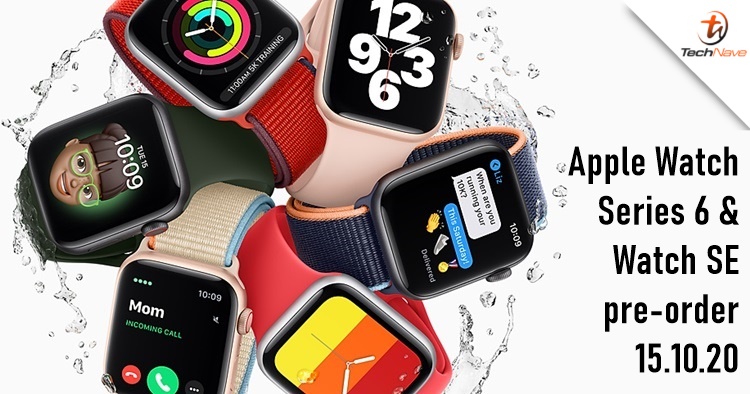 It's almost close to a month since Apple unveiled the new Apple Watch Series 6 and Watch SE globally. We already know the price tag (RM1749 and RM1199 respectively), but they didn't disclose the pre-order nor availability date yet until today. Well, kind of, as it was revealed on the Apple Store in Lazada instead of the Apple Malaysia website.

According to the online store, the pre-order for the Watch Series 6 and SE will be on 15 October at 9AM. We went to the Apple Malaysia website just to double-check but there's no announcement yet. However, the other authorized reseller, Machines also just put up the same pre-order date for the two watches and looking at the upcoming second Apple Event timeline, we think this pre-order should be legit. 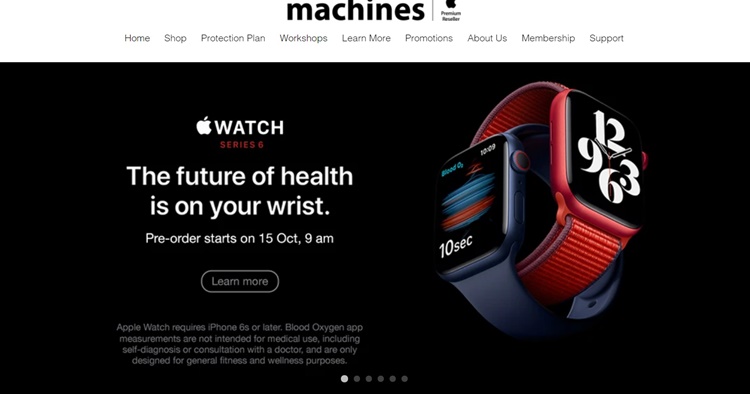 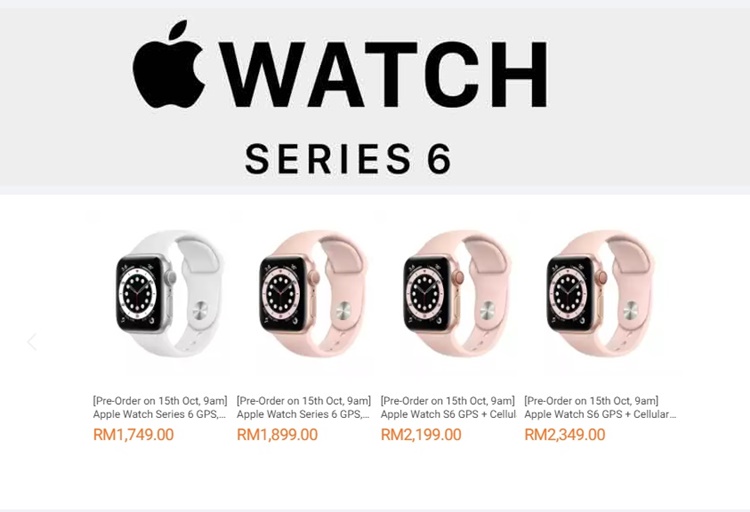 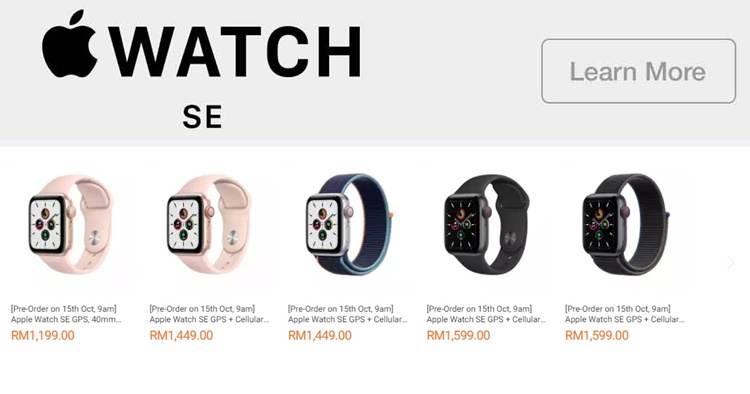 Back to the Lazada platform, it seems that they have prepared a wide variety of models. There are the GPS and GPS + Cellular for both 40mm and 44mm size variants, so are the new blue and red straps. That said, the new braided and stretchable Solo Loop band aren't anywhere to be seen. Guess they will be exclusive on the Apple Malaysia website instead.

To refresh your memory, the Watch Series 6 features a new S6 chip, watchOS 7 and a ton of returning features as well. The Blood Oxygen sensor was also highlighted during the first Apple Event last month, which the Watch SE lacks as well as using an S5 chipset instead (you can read the full details here). Are you going to get one? Let us know in the comments below and stay tuned for more trending tech news at TechNave.com.