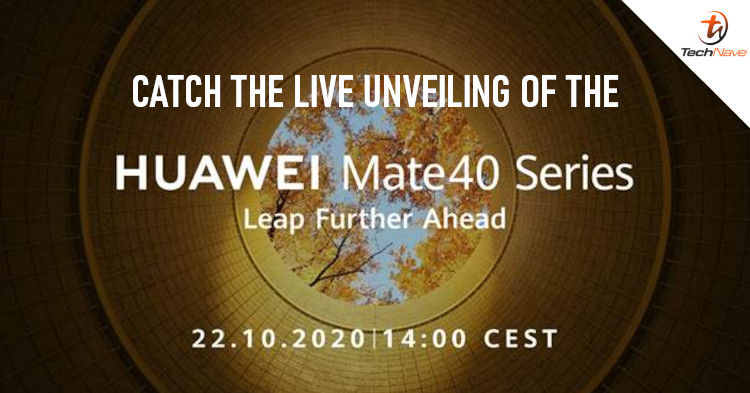 Huawei Malaysia has announced that you can catch the launch of the Huawei Mate 40 series on their Facebook page, which will take place on 22 October 2020 from 8 PM onwards. With that said, be sure to head over to their Facebook page and click on the “get reminder” button in order to be notified as soon as they’re streaming the launch.

Based on our article we've previously written, the Huawei Mate 40 series is expected to be priced from ~RM4216 onwards for the cheapest variant. While that may sound like a lot of money, the Malaysian pricing is usually much lower compared to the European market.

With all that said, would you be interested in watching the live unveiling of the Huawei Mate 40 series which is happening this coming Thursday? Let us know on our Facebook page and for more updates like this, stay tuned to TechNave.com.