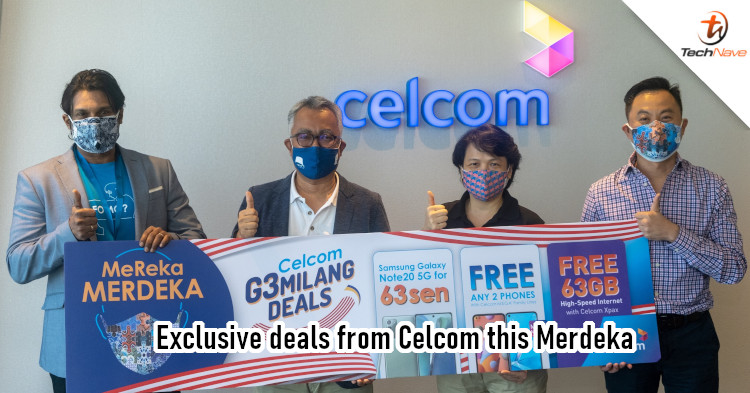 Next Monday, our country celebrates its 63rd year of independence. As you would expect, companies are already pushing out promos and campaigns to celebrate, including Xiaomi and OPPO. Joining the party is Celcom with its 63MILANG Deals, which will have great deals for smartphones.

From 27 August 2020 until 30 September 2020, Celcom prepaid and postpaid customers stand a chance to purchase the new Samsung Galaxy Note 20 5G for just 63 cents. To do that, you will have to download the Celcom Life app, then go to the '63MILANG Deals' and click on 'Join Now'. You can get one entry each day and there are only 35 units, so act fast! 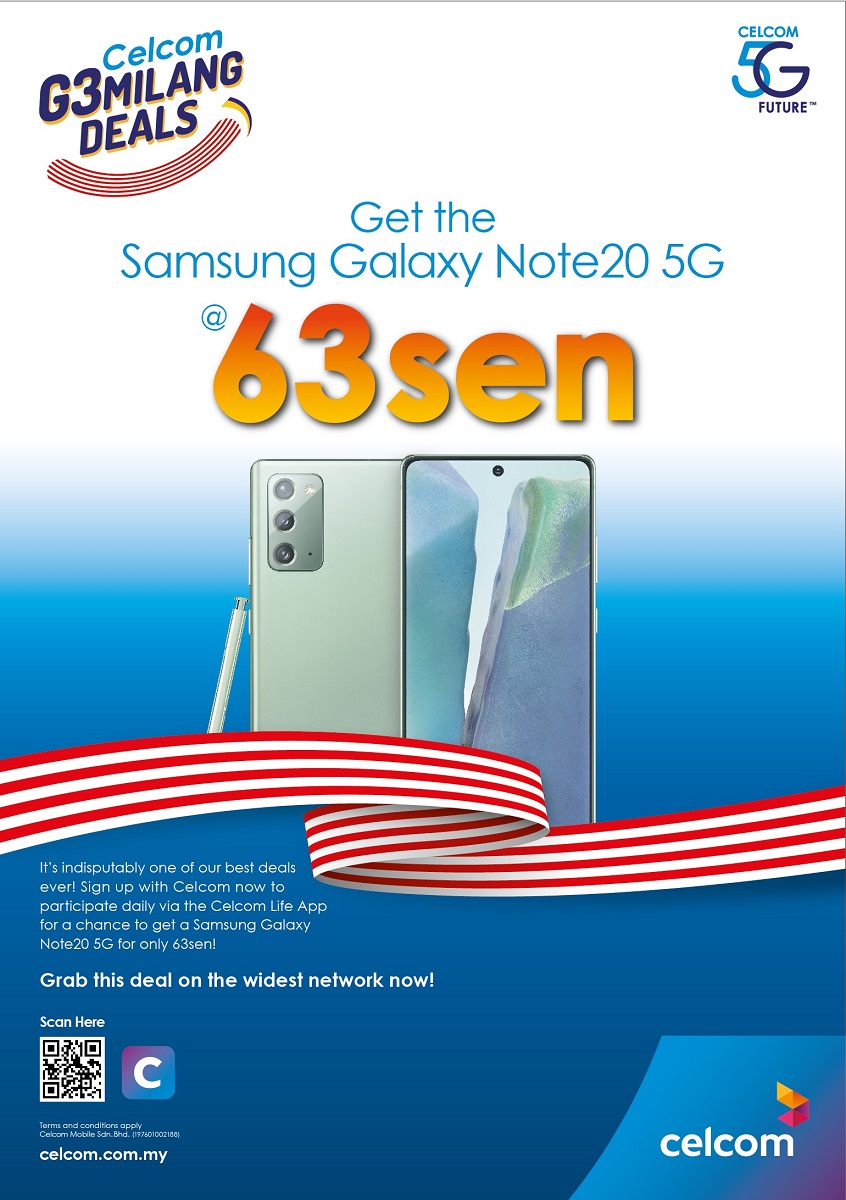 Celcom Xpax prepaid users will also get an extra 63GB of high-speed data for 2 days if you purchase the 7 or 14-day Internet Pass, or 3 days if you buy the 30-day pass through the app. Moreover, the 'Mix & Match' deal for Celcom MEGA customers now lets you pick any two smartphones for free starting from 29 August to 31 October. The models you can choose include the vivo Y50, OPPO A92, Samsung Galaxy A51, and more.

In conjunction with the campaign, Celcom will also be running a mask design contest called 'MeReka Merdeka'. You can submit a mask of your design to Celcom and those that were selected will be produced and sold. What's great is that all the sales proceeds will be awarded to the designer, making it a great opportunity for you to earn some extra income.

If you would like to know more about the 63MILANG Deals, do check out the campaign page. With that said, would you switch over to Celcom to enjoy these exclusive deals? Let us know on our Facebook page and stay tuned to TechNave.com for more news like this.