Celcom also officially launched the logo for the competition, which is a masthead of a shuttlecock smashed downwards with a fiery trail, combined with Malaysi'a national tiger head symbol, representing grace, power and the company's burning determination for glory.

Dato’ Sri Shazalli Ramly, Chief Executive Officer of Celcom Axiata Berhad said Celcom is honoured to be accorded the trust and to be associated with a sporting activity that unites all of Malaysia under one umbrella, as well as to deliver unparalleled experience and generate calibre players of great distinction.

“We are thoroughly grateful to be part of this epic sporting activity, which will enable talents to achieve the impossible and do the undoable aside by providing them the dynamic drive to achieve Greatness,” he said.

“Celcom Axiata is determined to enhance the renowned game of badminton with greater experiences and heightened services for the game itself and its fans. Make no mistake about it, this is history in the making, and we will be part of it, one serve at a time,” Shazalli Ramly added.

Shazalli Ramly also wished the best to the participating badminton players and extended his gratitude to the Badminton World Federation (BWF), event partner and officials for placing their confidence and support in Celcom Axiata. 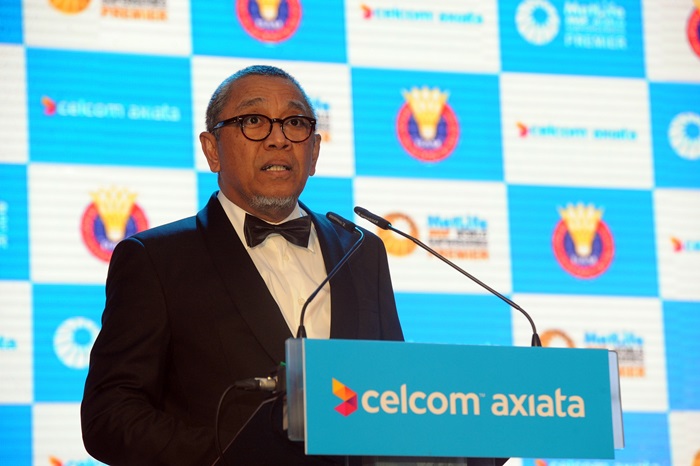 BAM Acting President Tan Sri Mohamed Al-Amin Abdul Majid said Celcom Axiata could not have come on board at a better time as the title sponsor for the Malaysia Open as Celcom Axiata will inject a fresh and dynamic approach to showcase the event.

“This is the third year BAM is organising the Malaysia Open Superseries Premier and this is the most important year because it is the last Premier tournament for the Olympics’ qualifications. The Badminton World Federation is also assessing our organisation to determine the next cycle of Superseries hosts. With Celcom Axiata’s support, I believe that this year’s Malaysia Open will be on the best and most exciting ever held in Malaysia,” he said.

Celcom extends an invitation to all badminton enthusiasts, especially Celcom customers as well as soon-to-be Celcom customers to come and support the sport, as their support will contribute and propel the game of badminton to newer and greater heights. It’s time for all of us to strive for Greatness - For the Game and the Country.