Clubhouse is rolling out Spatial Audio to iOS users, Android app to follow 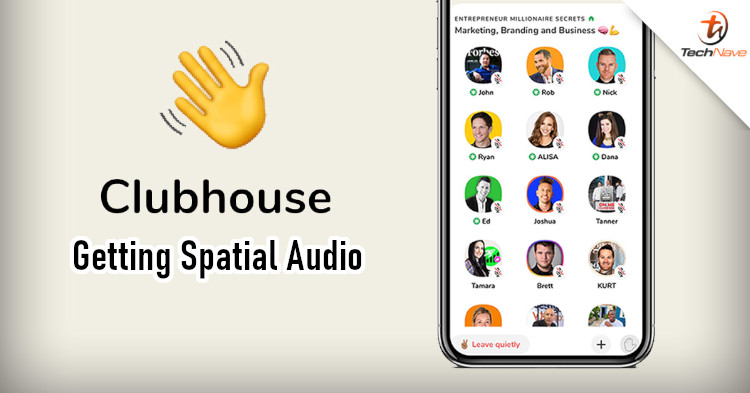 Last month, Clubhouse finally dropped its invite-only system, allowing anyone on iOS and Android to join the platform. Now, the company has to come up with ways to keep its users around. And it seems that new audio features are on the cards.

In a Twitter post, Clubhouse announced that Spatial Audio is coming to the app. It will be added to iOS first, with Android users getting the update at a later date. Just like how it would function in Apple Music, Spatial Audio allows users to experience virtual surround sound in Clubhouse. The concept for the app is audio chat 'rooms', so surround sound is a great addition to it.

hearing a lot of people in rooms playing with this and figuring it out! in case you're wondering, you will *not* hear spatial audio when you're on stage — only when you're in the audience.

Fortunately, it seems that Clubhouse plans to make it more accessible in terms of what headphones you can use. According to Engadget, Clubhouse has confirmed that all wired and wireless headphones will support the feature. Due to limitations, it won't work with Bluetooth audio when you speak. However, other people can still hear your voice with the Spatial Audio effect. You just have to make sure that you're part of the audience and have the feature enabled.

Honestly, we haven't heard of too many Malaysians getting into the audio chat room trend. But if you're planning to do so, then you know have another reason to pick Clubhouse over other options. Having said that, do you use any audio room apps? Let us know in the comments, and stay tuned to TechNave for more news like this.