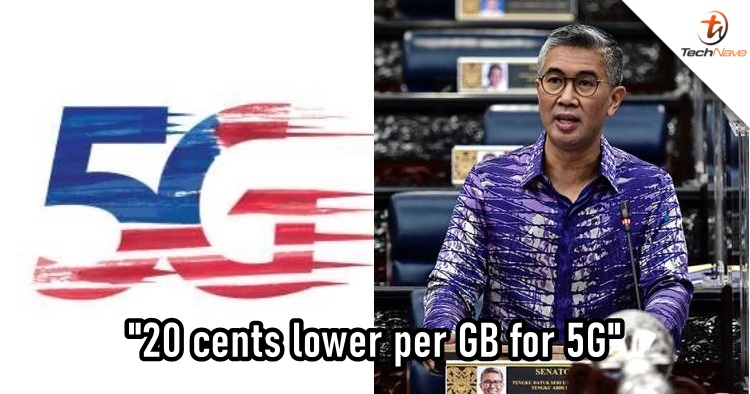 A few days, ago, we reported that the Malaysian government is working on making 5G service more affordable than 4G. How they plan to do it is anyone's guess, but Finance Minister Tengku Datuk Seri Zafrul Tengku Abdul Aziz just made an official announcement today about the cost.

According to our Finance Minister, Digital Nasional Berhad (DNB) is planning to charge less than 20 cents per Gigabit for 5G to telcos. When compared with 4G, it's indeed lower from 45 cents - 55 cents per Gigabit. In addition, DNB alone will implement the 5G network through a single wholesale network for this initiative.

The Finance Minister further commented that with this model, each telco is expected to pay DNB between RM3.5 billion to RM4 billion in the next 10 years, or RM350 million to RM400 million a year on average. He stated that this is much lower than the RM1 billion capital expenditure for the 4G services invested by the telcos every year.

As for the telcos, there's still no fixed price on their 5G services as they are still working on it. Tengku Zafrul also said telco companies can save more than 50% and thus, reducing the price of services charged to Malaysian consumers.

We still have to wait and see what are the 5G package plans offered by the telcos. Until then, stay tuned for more trending tech news at TechNave.com.