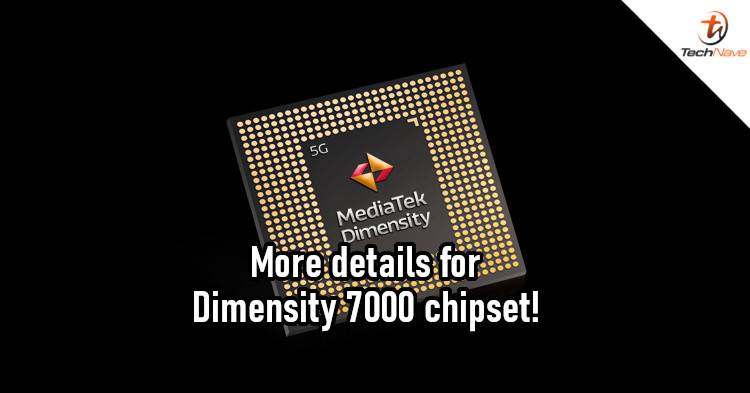 Last week, we started hearing rumours that MediaTek is working on a new Dimensity chipset. This Dimensity 7000 is manufactured using the 5nm process and is expected to deliver flagship-class performance. Some new details of this chipset were recently leaked.

According to Digital Chat Station, the Dimensity 7000 will come with 4x Cortex-A78 CPU cores (2.75GHz), 4x Cortex-A55 CPU cores (2GHz), and a Mali-G510 MC6 GPU. Previously, it was reported that the chipset managed a score of over 750k in the AnTuTu benchmark. Its performance level is roughly between the Snapdragon 870 and 888 chipsets, which means it's flagship-class.

Yesterday, the tipster also claimed that the chipset was benchmarked using GFXBench. Allegedly, its GFX ES 3.0 benchmark test score was on par with the Snapdragon 870. Besides that, the Dimensity 7000 can support a display refresh rate of up to 168Hz for FHD+ or 120Hz for QHD+, as well as LPDDR5 RAM and UFS 3.1 storage.

Overall, you could consider it slightly better than the Snapdragon 870, and possibly cheaper too. That's great if you're hoping to get an affordable flagship-class phone next year. Are you? Let us know in the comments, and stay tuned to TechNave for more news like this.