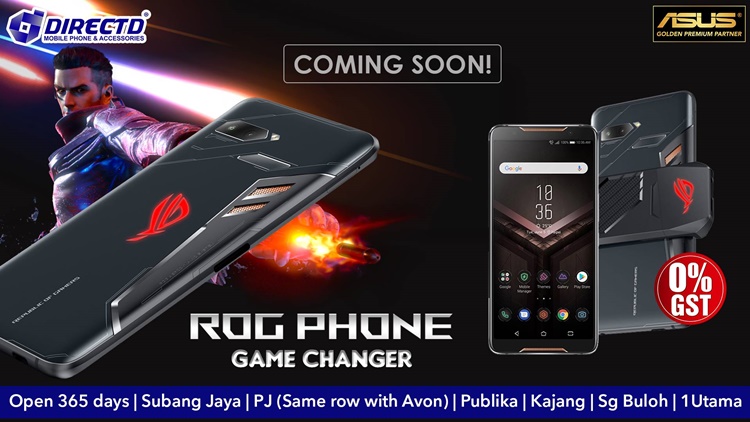 ASUS Republic of Gamers has been really quiet about their ambitious ROG Phone over the past few weeks, nobody knows the availability and price but one thing for sure is that Malaysians (and Phillipinos lol) are huge fans of it. Well, perhaps the time of waiting is coming to an end soon because our local distributor DirectD, has just released a teaser of the ROG Phone's arrival on their Facebook page.

Before you get too excited, DirectD didn't officially announce the availability and price just yet, but what we do know is that the two model variants of 128GB and the monstrous 512GB (UFS 2.1) internal storage are coming into the Malaysia market. Furthermore, there's a link given on the Facebook post about asking the customers if they would like to have a walk-in purchase selected DirectD stores or an online purchase from their official website.

How much do you think the ROG Phone will cost in Malaysia? Let us know in the comments below, you can read the full specs details here from our coverage and stay tuned for more ROG news at TechNave.com.