EA Origin has been replaced by EA Desktop, sign up for closed beta version now open 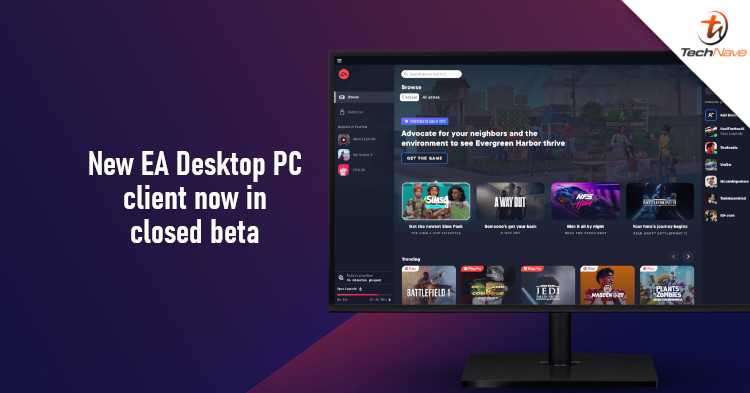 It looks like EA Games' rebranding exercise isn't quite done yet. After combining its EA Origin and EA Access platforms into the singular EA Play platform last month, the company has decided that the service and its new PC client need to have different names (for some reason). The new client is called EA Desktop.

According to Engadget (via GamesBeat), the beta version for EA Desktop is now available. Specifically, EA Games is holding a closed beta for the new PC client, which you can sign up for here. It's expected to deliver update and download speeds, as well as more streamlined access to games and your games library. For those who are already using EA Origin, EA Desktop will also retain your games library, game progress, and friends list. Besides that, EA Desktop will also have parental control settings called Playtime Controls. What it does is it lets parents track the amount of time the user spending on gaming. Moreover, EA has promised that more games will have cross-play, cross-progression, and cross-generation enabled.

If you want to download and try the new beta version of EA Desktop can visit the website to sign up for the closed beta. For those who managed to get the beta version, what is your opinion on the revamped app? Let us know in the comments below and stay tuned to TechNave for more news.