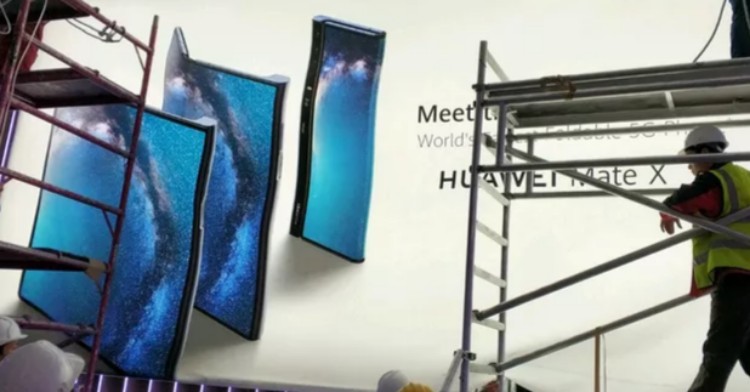 As we await the upcoming release of the Huawei P30 series, it appears that Huawei’s foldable display Huawei Mate X has appeared on billboards ahead of schedule. Looking to have a raised edge on one side when folded, the foldable Mate X display is on the outside instead of the 2 display Samsung Galaxy Fold. It's a bit different from previous leaks but we assume that that was just Huawei being cheeky.

From the poster, it looks like the raised edge will house the cameras, probably allowing them to be the front cameras when folded and rear cameras when unfolded. This outward fold design could also mean more battery life saved since there is only one display involved but we have to wonder how strong (and scratch resistant!) the display is as it means the back of the phone is also the display when it is folded. It might need a special screen protector too. No idea if there is an in-display fingerprint sensor, but from the poster, it looks like there’s a side-mounted fingerprint / power button.

Still no confirmed tech specs or features yet but previous leaks indicate that it will have a Kirin 980 chipset, a 5-inch display when folded, an 8-inch display when unfolded and be able to utilize 5G networks. With the poster already being put up, we expect the foldable display Huawei Mate X to make an appearance with the upcoming Huawei P30 series or the MateBooks at MWC 2019 which are set for unveiling in the next few days. However, as always with such things, do take this with a pinch of salt, but we'll be on hand to check out the upcoming P30 series and MateBooks and possibly the Mate X as well, so stay tuned to TechNave.com 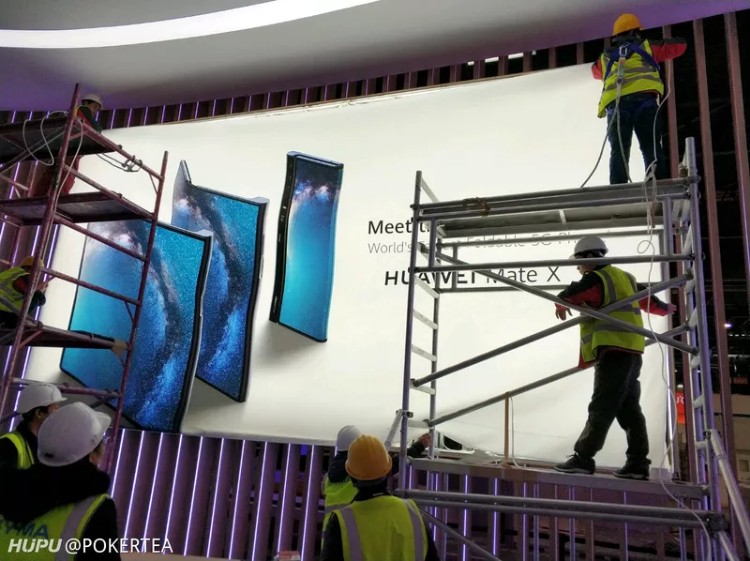