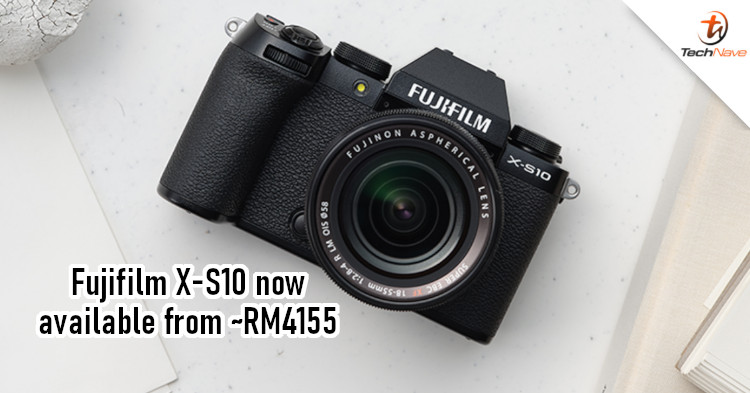 We've steadily seen camera brands release new cameras in the last few months. But Fujifilm has mostly been quiet since launching the Instax Mini 11 and X-T4 cameras in February. Now, the brand is finally launching another camera - the X-S10 hybrid camera.

According to Fujifilm, it seems the new X-S10 can be considered a more compact version of the X-T4. It comes with a back-illuminated 26.1MP sensor X-Trans CMOS 4 sensor and the X-Processor 4 image engine, both of which were featured in the X-T4. In addition to that, a 3-inch flippable LCD screen, 2.36 million dots OLED Color Viewfinder, and support for Fujifilm's XF and XC series lenses.

In terms of features, the big one would be the 6.0-stops 5-axis in-body image stabilisation mechanism, which is great to see in a camera of its size. It also has an extended ISO of up to 51200, high-performance tracking AF, 4K recording in 30 fps, and more. Additionally, the mode dial comes with four customisable settings, which you can assign as you like.

With that said, would you be interested in this camera if it launches in Malaysia? Let us know in the comments below and stay tuned to TechNave.com for more news like this.