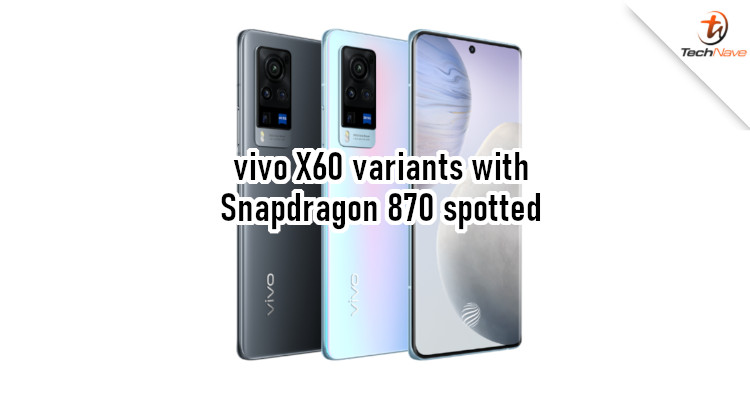 As you may know, some phones have different hardware in different regions. That could be the case for the vivo X60 series too. While the vivo X60 and X60 Pro launched in China with the Exynos 1080 chipset, the global variants would use a chipset from Qualcomm.

According to GSMArena, the vivo X60 and X60 Pro were spotted on the Google Play Console database. Both devices have the Qualcomm SM8250ac, which is the code number for the Snapdragon 870 chipset. The global version of the vivo X60 Pro was also spotted on Geekbench with the 'kona' motherboard. For your information, this motherboard was designed for the Snapdragon 865 and 870.

Considering the powerful cameras packed inside, the vivo X60 series deliver decent value for its estimated price range (~RM2169 to RM2789). With that said, would you be interested in getting one when it launches here? Let us know in the comments, and stay tuned to TechNave for more updates.