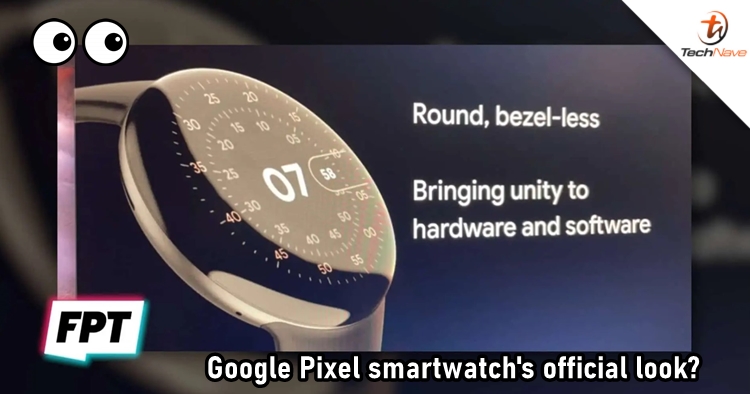 Not long ago, we've heard that Google could launch a new smartwatch in 2022. The wearable gadget is suggested to be put under the Pixel lineup, expanding the product catalogue of the popular franchise. Now, the smartwatch's design might have been leaked, revealing a round and bezel-less display as stated.

The image shared by a YouTube channel named Front Page Tech is claimed to be an official marketing material of the Pixel smartwatch. Previously, the same source has also done some renders for the device, which look exactly the same as the one we're looking at now. The first Pixel smartwatch is also expected to bring the latest version of the Wear OS, which is only used by Samsung's smartwatch at the moment. However, the Wear OS on Google's smartwatch is said to be different from the one Samsung since the Korean tech giant has applied its own skin on top of the operating system.

What are your opinions on the design? Drop a comment to let us know and stay tuned to TechNave.com for more tech gadget news.