The HONOR 80 series has been in the rumour mills for a while now and today, HONOR finally released the smartphone lineup in China with 3 separate variants: HONOR 80 Pro, HONOR 80 and HONOR 80 SE. The 80 series was launched alongside the company’s first international foldable smartphone, the HONOR Magic Vs which we’ve covered here.

First up, let’s dive into the specs of the highest-end variant of the 80 Series, the 80 Pro. According to HONOR's official Chinese website, in terms of display, the device sports a 6.78-inch 120Hz AMOLED display with a 1.5k resolution. Moreover, the screen also has a PWM frequency of 1920Hz.

Under the hood, the 80 Pro is powered by the Qualcomm Snapdragon 8+ Gen 1 SoC paired with either 8 or 12GB of RAM. The battery is rated at 4800mAh and supports 66W fast charging.

As for imaging capabilities, the 80 Pro has a 160MP main + 50MP ultra-wide + 2MP depth triple-camera setup at its rear. At its front, there’s a 50MP main + 2MP depth dual-camera setup in a pill-shaped cutout for all your selfie needs.

Other notable specs include Android 12 OS via MagicOS 7.0, either 256 or 512GB storage options and colour variants of Bright Black, Jade Green, Blue Wave and Pink Morning Glow. Here are the prices for the 80 Pro:

Moving towards the vanilla 80 model, it features a 6.67-inch curved 120Hz OLED display with a punch hole cut out. Under the hood, the smartphone is powered by the Qualcomm Snapdragon 782G SoC paired with either 8 or 12GB of RAM.

Similar to the 80 Pro, the 80 has a 4800mAh battery with support for 66W fast charging. In terms of cameras, it is equipped with a 160MP main + 8MP ultra-wide + 2MP macro triple-camera setup at its rear and a singular 32MP selfie camera at its front.

The device also runs Android 12 OS via MagicOS 7.0 and has the same storage variants as well as colour options as the 80 Pro. The prices for the device in China are as per below: 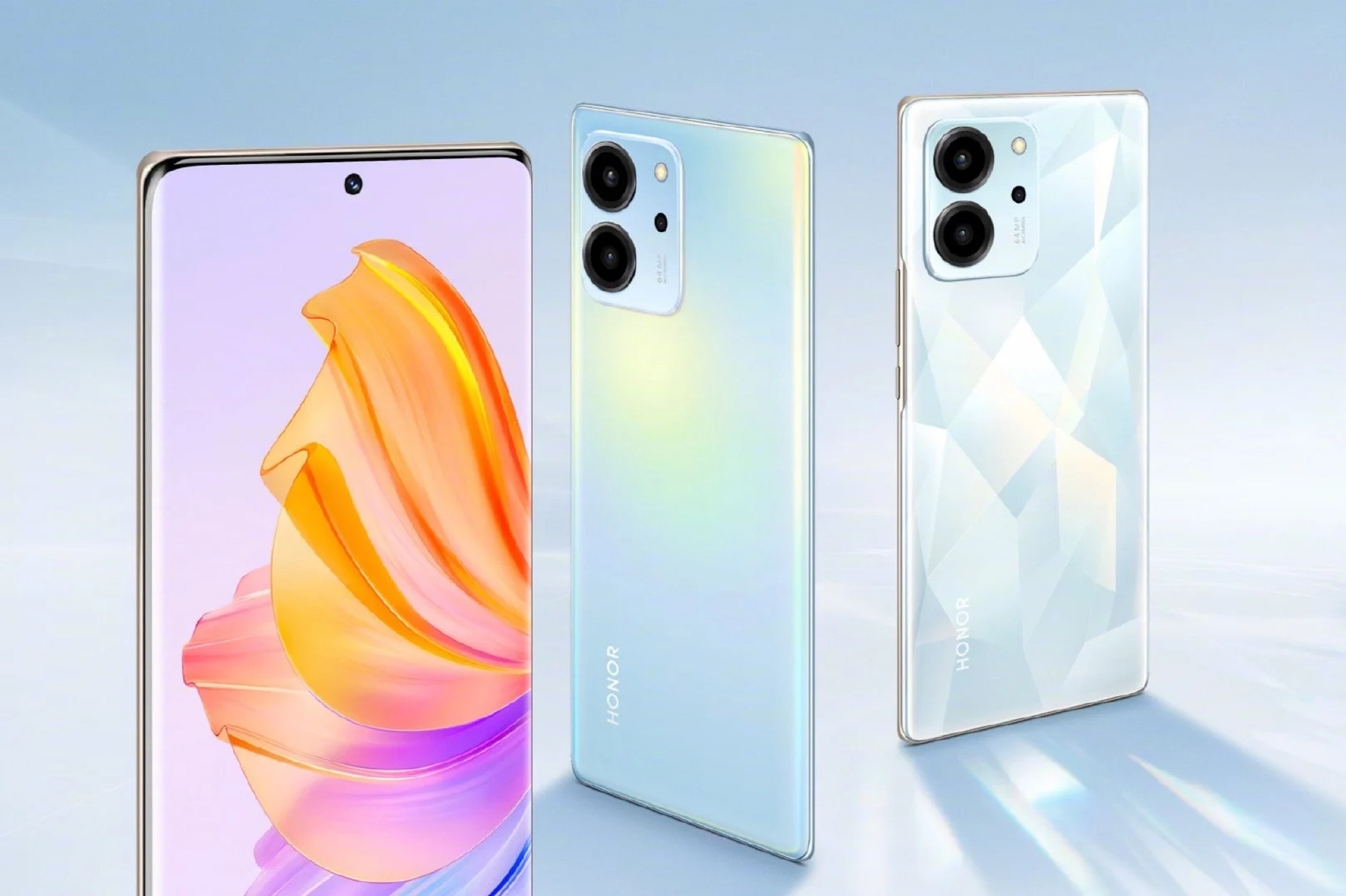 Last but not least, the 80 SE is the most affordable model in the lineup and has a slightly different design. It features a 6.67-inch curved 120Hz OLED display with a resolution of 2400 x 1080 pixels.

Under the hood, there’s a MediaTek 900 SoC paired with either 8 or 12GB of RAM, as well as a 4600mAh battery with support for 66W fast charging. As for storage options, the 80 SE is offered only in a singular 256GB variant.

In terms of cameras, the device sports a 64MP main + 5MP ultra-wide + 2MP macro triple-camera setup at its rear and a 32MP selfie camera housed inside the punch-hole of the display. Similar to the rest of the lineup, it comes with Android 12 OS via MagicOS 7.0 out of the box.

Other specs of note include dual-SIM, in-display fingerprint sensor, mono-speaker setup and colour options of Moonlight Crystal, Iceland Fantasy, Cherry Pink Coral and Bright Black. Here are the prices of the 80 SE in China:

As of the time of writing, HONOR has yet to reveal availability for the 80 series outside of China. So, what do you guys think of the lineup? Share your thoughts with us in the comments below and stay tuned to TechNave for more tech news and releases such as this!