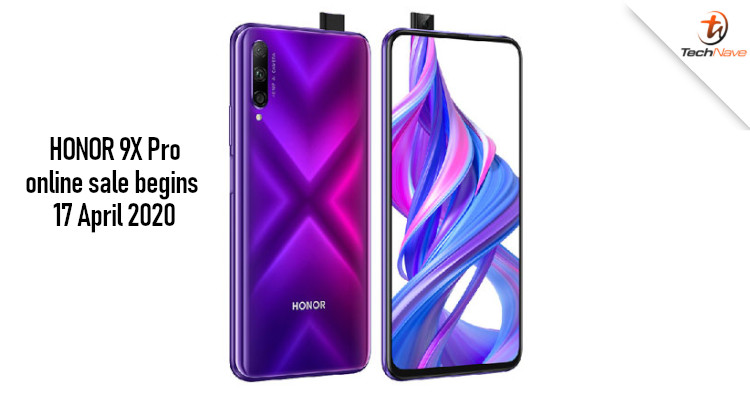 When HONOR launched the 9X Pro in Malaysia last week, the company announced that it will start selling the device in stores on 17 April 2020. However, we won't be able to go out now that the movement control order (MCO) has been extended, so that idea is out the window. Instead, the device will now be sold online.

Starting from midnight of 17 April 2020, those who are plan to purchase an HONOR 9X Pro will be able to do so via the Hihonor online store. The device will retail for RM999, making it a rather affordable mid-range device. Each purchase will also come with a free HONOR Band 5i worth RM119 (limited stock) and free 50GB of Huawei Cloud Storage. 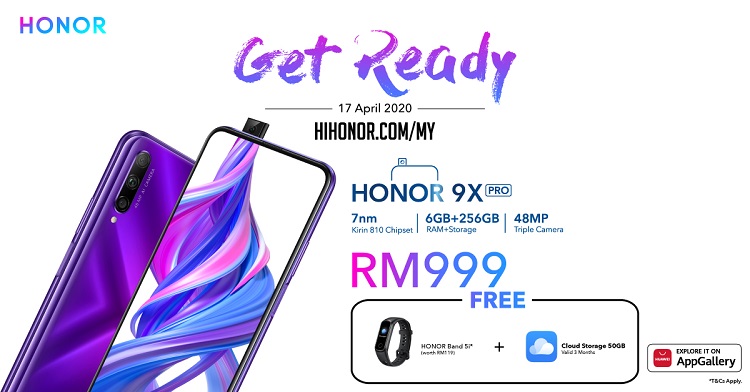 In terms of specs, the HONOR 9X Pro is a mid-ranger sporting the 7nm Kirin 810 chipset, 6GB of RAM, and 256GB of storage. It also has a 6.59-inch display, large 4000mAh battery, triple camera setup (48MP+8MP+2MP), and a 16MP pop-up front camera. Besides that, the phone comes pre-installed with the Huawei AppGallery, which has most of the apps that are popularly used in Malaysia.

With that all said, is this a device you would be interested in buying? Let us know on our Facebook page and stay tuned to TechNave.com for more tech and gadgets news.