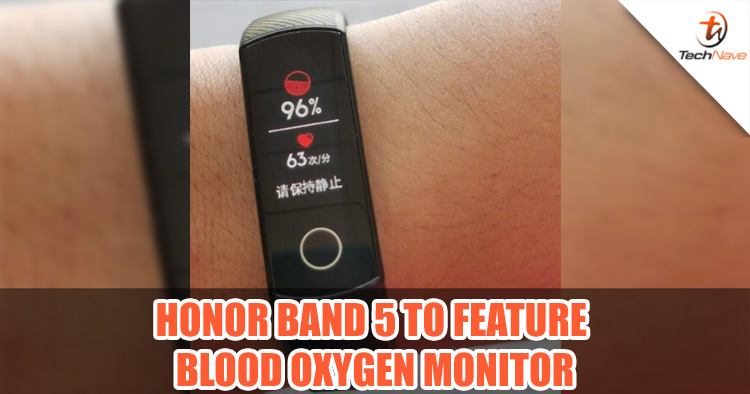 The HONOR Band 5 has been confirmed to feature a blood oxygen monitor thanks to HONOR president, George Zhao. He shared this information over on Weibo. The design looks similar to the HONOR Band 4 but the display seems to be an AMOLED display with some crisp colours and a circular button at the bottom.

Monitoring blood oxygen levels is important as it can detect when the user is in the state of hypoxia. The symptoms of hypoxia include fatigue, listlessness, dizziness, poor sleep and more. Like its predecessor, the HONOR Band 5 can also monitor the user’s sleep and heart rate. 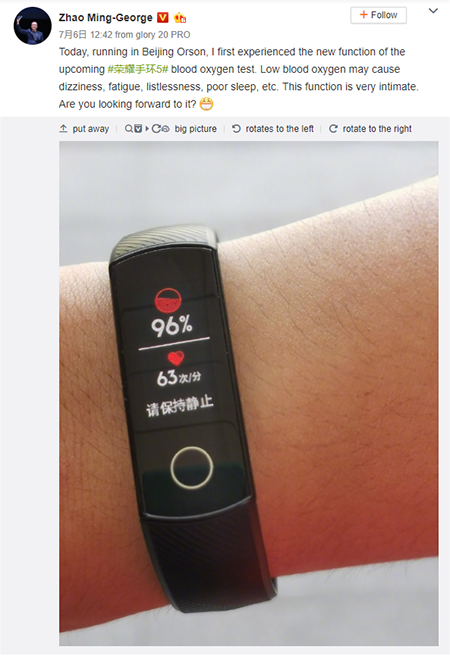 From what we know, the HONOR Band 5 is the only smartwatch that can currently monitor blood oxygen levels. There has been no word of the release date as well as tech specs for the device so far. However, based on the trend of its predecessor being released alongside the HONOR 8x, we may be seeing this smartwatch released with the HONOR 9x on the 23rd of July. Do you think this is a useful feature? Keep up with the latest HONOR news on TechNave.com!