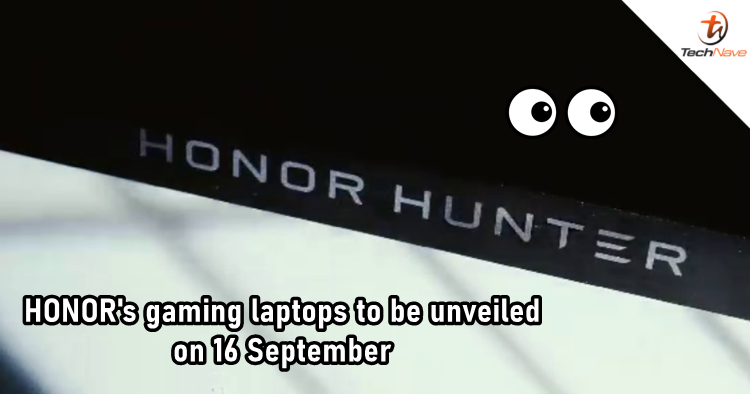 Some of you might have already known that HONOR is going to expand their product categories by releasing a series of gaming laptops. Two months ago, sketches of the gaming laptop have shown up giving us a brief look at the logo and design concept. Other than that, the name HUNTER has also been given to the series. Now, it is said that HONOR is finally going to reveal the products on 16 September.

According to a tipster from Weibo, HONOR will hold an event to officially unveil their very first gaming laptops on 16 September. However, those are not the only products that the brand is going to share with us. It is said that two new smartwatches will make their debut at the same event with one of them looking like the HUAWEI Watch Fit.

HONOR has been teasing us about their gaming laptops in the past few weeks. Earlier, a teaser video has been uploaded revealing some information regarding the HUNTER gaming laptops. From there, we can know that the laptops are going to feature Intel processors and RGB keyboards. According to another leak, the laptop could be marketed as HUNTER V700 and comes with two variants.

Let us know what you think about HONOR HUNTER gaming laptop on our Facebook page. Stay tuned to TechNave.com for more exciting tech news.