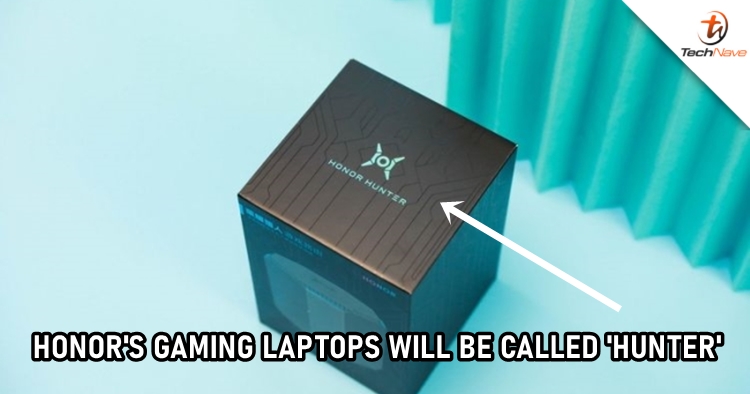 Earlier this month, HONOR has launched a few laptops including the MagicBook 14/15 and the MagicBook Pro 2020 Ryzen Edition. Now, it looks like the Chinese brand will not only be making standard laptops to suit general needs, but they will also be making their steps into the gaming laptop field. Today, sketches of their gaming laptop have been leaked and revealed that the series will be called 'Hunter'.

Just like other brands including ASUS Predator, Dell Alienware, and HP Omen, HONOR will be using 'Hunter' for their gaming product series. This is actually not the first time we see the name as the HONOR Hunter Gaming Router has appeared last year alongside the HONOR V30 series. Other than the naming and a logo, the sketches are also showing some of the designs that could end up being seen on the final products. One of them would be a supercar-like vent for better heat dissipation. At the moment, not much information has been given regarding the tech specs of HONOR's gaming laptop. However, we can expect the products to feature Ryzen processors with dedicated NVIDIA GPUs as they have announced a partnership with AMD a while ago.

Let us know what you think about the HONOR's gaming laptop on our Facebook page. Be sure to stay tuned to TechNave.com for more exciting gaming products news.