HONOR signed a new partnership deal with Microsoft, will be launching Windows 11 laptop 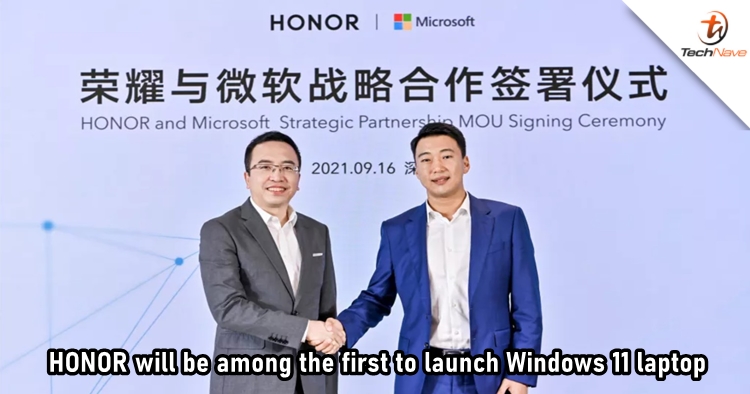 Last year, it was reported that HONOR had signed a global cooperation agreement with Microsoft to use Windows 10 as the official operating system in its 2021 laptops. Until now, the Chinese brand announces that it has signed a new strategic cooperation with the US company and will be one of the first laptop makers to release a Windows 11 pre-installed machine.

On 26 September, HONOR will be hosting the Smart Life product launch conference to present several new products. One of them is expected to be a high-end laptop named MagicBook V 14 with the latest operating system update. Besides that, the company is also set to launch the new MagicBook 16/16 Pro during the event. HONOR CEO Zhao Ming has mentioned that the company's market share in the Chinese laptop market grew to 6.6% in July 2021, rising from 1.4% in just four months. From the statement, we can see how far that HONOR has come after leaving HUAWEI. Not only it's doing well in the laptop segment, but it was also the third-largest smartphone brand in July.

Let's wait until 26 September and find out what other products HONOR will launch alongside the laptops! Stay tuned to TechNave.com for the latest tech report.