Current Location: Home > News > HUAWEI Mate 50 is not getting cancelled and could launch in October 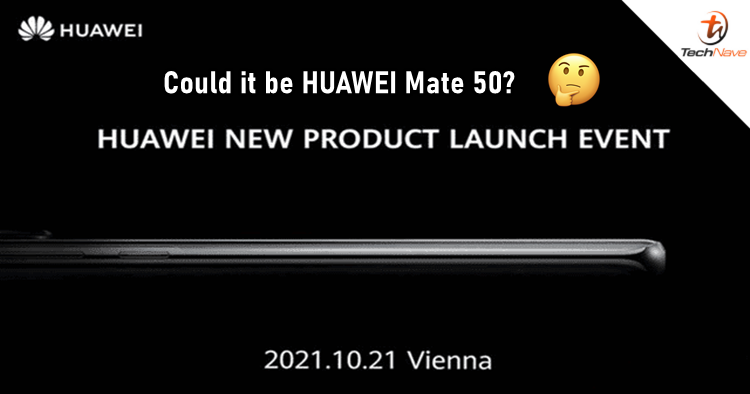 HUAWEI has a tradition of launching two flagship smartphone series in a year. One of them is the P series, while another one is the Mate series. The company had successfully presented the P50 series earlier this year, even though it was postponed due to well-known reasons. For the latter, it's reported that the Mate 50 won't make an appearance this year. However, it seems like it was a false alarm, and the company could actually launch the series before the end of 2021.

According to David Naranjo, a senior expert from Display Supply Chain Consultants (DSCC), the HUAWEI Mate 50 Pro is currently in the works. The report further claims that a fourth-quarter launch this year is still possible for the device. Sources are pointing to an event in October, but it's unsure as there's still completely nothing official from the company. On 21 October, HUAWEI will have a global launch held in Vienna, Austria. The event's poster shows us an edge of a smartphone that could be the Mate 50. However, the device could also be the global variant of HUAWEI P50 or nova 9. If it's not Mate 50 that we'll see from the event, there's still a chance for the series getting a launch later as a Chinese tipster claimed that the company is not planning to cancel it.

Are you excited about seeing the next HUAWEI flagship device? Leave a comment to let us know what you think and stay tuned to TechNave.com for more juicy smartphone news.