The long-awaited HUAWEI Mate X2 could be coming after passing the 3C certification last week. Now, you can expect the launch event to be scheduled soon as the device has also appeared on the TENAA listing today.

HUAWEI Mate X2 with a model number TET-AN00/TET-AN10 has found approved by TENAA for appearing in the database. Before the release of full certification, earlier leaks suggested that the Mate X2 will keep the screen size at 8-inch and feature an inward folding design. There could also be a narrow 4.5-inch secondary display being placed outside when it's folded. Other than that, the Kirin 9000 chipset and support of 66W fast charging could be seen on the folding smartphone as well. 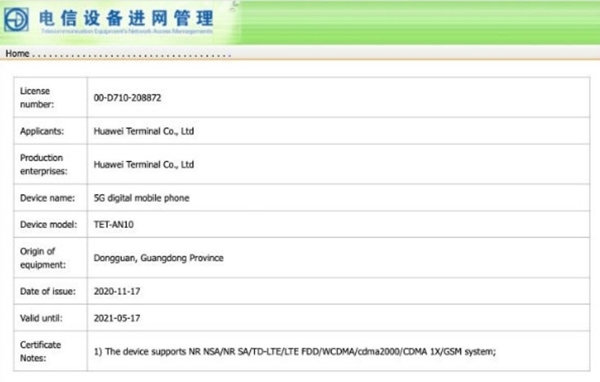 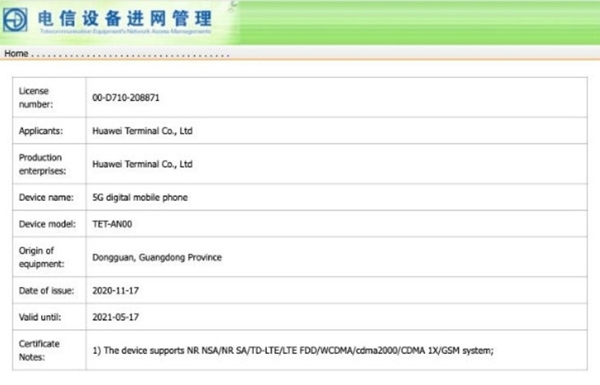 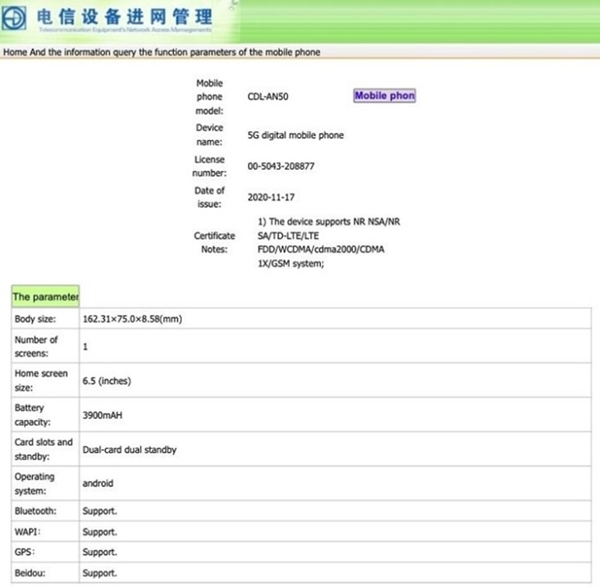 Besides the Mate X2, a mysterious HUAWEI 5G device was also spotted on the list with model number CDL-AN50. It is bringing a 6.5-inch display and a 3,900 mAh battery. Not only TENAA, but the device has gone through 3C as well alongside a 40W charger.

Let us know if you're excited about the HUAWEI Mate X2 on our Facebook page. Stay tuned to TechNave.com for more latest smartphone leaks.