Current Location: Home > News > Here are all the upcoming game titles for the Sony PlayStation 5 so far 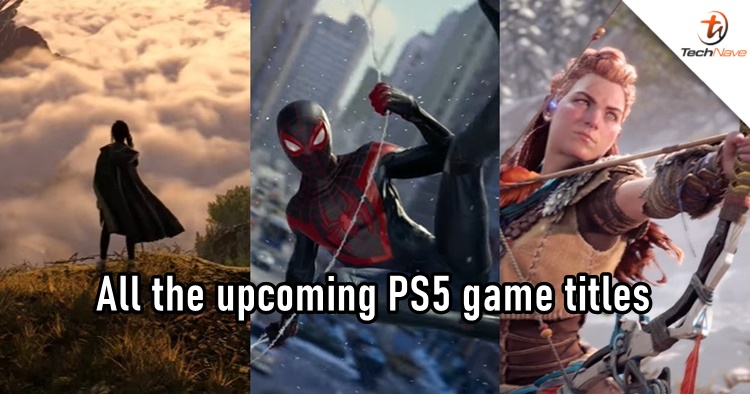 Thank God it's Friday because the Sony PlayStation 5 has finally been revealed globally. Besides revealing the next-gen gaming console design, the company also revealed a bunch of exclusive game titles for the PS5 and many of them are a good mix of returning game franchises and new titles.

Besides that, there are also a few new gaming titles announced for the PS5. Notable ones are Ghostwire: Tokyo and Godfall which were already showcased last year and the trailers look fantastic. Other new game titles revealed are Kena: Bridge of Spirits, Solar Ash, Deathloop, Returnal, Stray and finally, Project Athia which is Square Enix's latest open-world project. You can check out some of the trailers below.

One of the problems that prevent gamers from buying a newly announced gaming console is the lack of games but with this many game titles, it's almost impossible to resist. Which game are you looking forward to the most? Let us know in the comments below and stay tuned for more trending gaming news at TechNave.com.